Our cult of personality is leaving real life in the shade 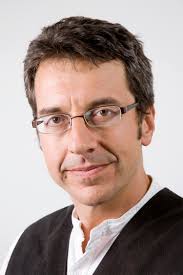 What kind of people would you expect the newspapers to interview most? Those with the most to say, perhaps, or maybe those with the richest and weirdest experiences. Might it be philosophers, or detectives, or doctors working in war zones, refugees, polar scientists, street children, firefighters, base jumpers, activists, writers or free divers? No. It’s actors. I haven’t conducted an empirical study, but I would guess that between a third and a half of the major interviews in the newspapers feature people who make their living by adopting someone else’s persona and speaking someone else’s words.
This is such a bizarre phenomenon that, if it hadn’t crept up on us slowly, we would surely find it astounding. But it seems to me symbolic of the way the media works. Its problem runs deeper than fake news. What it offers is news about a fake world.
I am not proposing that the papers should never interview actors, or that they have no wisdom of their own to impart. But the remarkable obsession with this trade blots out other voices. One result is that an issue is not an issue until it has been voiced by an actor. Climate breakdown, refugees, human rights, sexual assault: none of these issues, it seems, can surface until they go Hollywood. 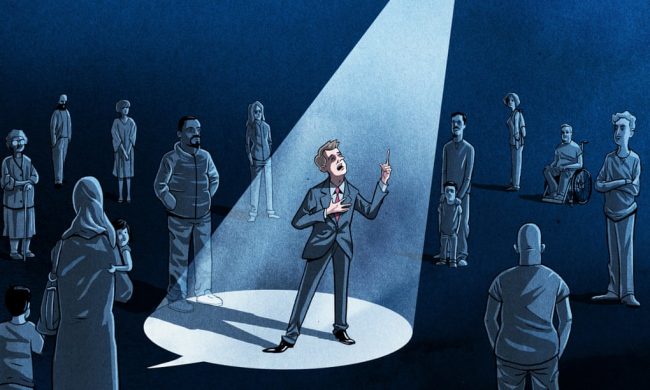 This is not to disparage the actors who have helped bring them to mainstream attention, least of all the brave and brilliant women who exposed Harvey Weinstein and popularised the #MeToo movement. But many other brave and brilliant women stood up to say the same thing – and, because they were not actors, remained unheard. The #MeToo movement is widely assumed to have begun a year ago, with Weinstein’s accusers. But it actually started in 2006, when the motto was coined by the activist Tarana Burke.
The spotlight effect is bad enough on the culture pages. It’s worse when the same framing is applied to politics. Particularly during party conference season, but at other times of the year as well, public issues are cast as private dramas. Brexit, which is likely to alter the lives of everyone in Britain, is reduced to a story about whether or not Theresa May will keep her job. Who cares? Perhaps, by now, not even Theresa May.
Neither May nor Jeremy Corbyn can carry the weight of the personality cults that the media seeks to build around them. They are diffident and awkward in public, and appear to writhe in the spotlight. Both parties grapple with massive issues, and draw on the work of hundreds in formulating policy, tactics and presentation.
Even when political reporting is not reduced to personality, political photography is. An article might offer depth and complexity, but is illustrated with a photo of one of the 10 politicians whose picture must be attached to every news story. Where is the public clamour to see yet another image of May – let alone Boris Johnson? The pictures, like the actors, blot out our view of other people, and induce us to forget that these articles discuss the lives of millions, not the life of one.
The media’s failure of imagination and perspective is not just tiresome: it’s dangerous. There is a particular species of politics that is built entirely around personalities. It is a politics in which substance, evidence and analysis are replaced by symbols, slogans and sensation. It is called fascism. If you construct political narratives around the psychodramas of politicians, even when they don’t invite it, you open the way for those who can play this game more effectively.
Already this reporting style has led to the rise of people who, though they are not fascists, have demagogic tendencies. Johnson, Nigel Farage and Jacob Rees-Mogg are all, like Donald Trump, reality TV stars. The reality TV on which they feature is not The Apprentice, but Question Time and other news and current affairs programmes. In the media circus, the clowns have the starring roles. And clowns in politics are dangerous.
The spotlight effect allows the favoured few to set the agenda. Almost all the most critical issues remain in the darkness beyond the circle of light. Every day, thousands of pages are published and thousands of hours broadcast by the media. The BBC has just announced that two of its programmes will start covering climate change once a week. Given the indifference and sometimes outright hostility with which it has treated people trying to raise this issue over the past 20 years, this is progress. But business news, though less important than environmental collapse, is broadcast every minute, partly because it is treated as central by the people who run the media and partly because it is of pressing interest to those within the spotlight. We see what they want us to see. The rest remains in darkness.
The task of all journalists is to turn off the spotlight, roll up the blinds and see what’s lurking at the back of the room. There are some magnificent examples of how this can be done, such as the Windrush scandal reporting, by the Guardian’s Amelia Gentleman and others. This told the story of people who live far from where the spotlight falls. The task of all citizens is to understand what we are seeing. The world as portrayed is not the world as it is. The personification of complex issues confuses and misdirects us, ensuring that we struggle to comprehend and respond to our predicaments. This, it seems, is often the point.