Oscars 2023: Everything Everywhere All At Once leads nominations 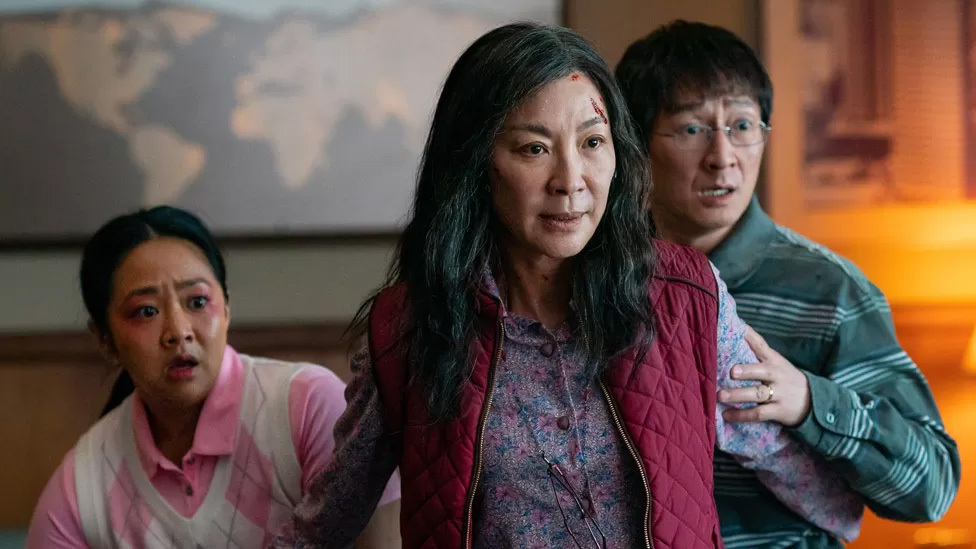 BBC: Everything Everywhere All At Once leads the field at this year’s Academy Awards, with 11 nominations. The madcap adventure follows a woman, played by Michelle Yeoh, who hops through the multiverses as different versions of herself.
Other best picture nominees include Top Gun: Maverick, Avatar: The Way of Water and The Banshees of Inisherin. The acting nominees include Cate Blanchett, Brendan Fraser and Britain’s Andrea Riseborough and Bill Nighy. Blanchett is nominated for leading actress for her performance in Tár, in which she plays a renowned orchestra conductor whose career starts to unravel when she is accused of abuse.
British actress Riseborough was an outsider to be nominated in the same category for her role in To Leslie, but enjoyed a late surge thanks to celebrity endorsements from the likes of Gwyneth Paltrow, Susan Sarandon and Jennifer Aniston.
Joining Blanchett and Riseborough on the shortlist are Yeoh, Michelle Williams (The Fablemans) and Ana de Armas (Blonde).
De Armas’ portrayal of Marilyn Monroe has split opinion, though – Blonde also had the dubious honour of picking up several Razzie nominations – for the worst films of the year – earlier this week.