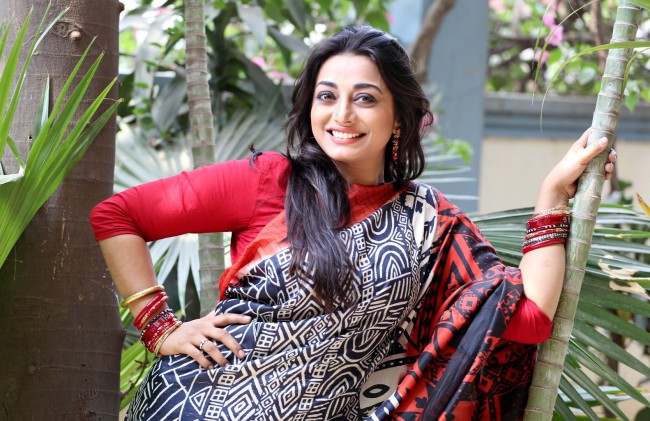 Popular Bengali dramas and TV serials actress Nazia Haque Orsha was away from acting due to illness and shifting her residence.
She was supposed to bring to an end of her self-imposed exile though acting in a TV drama. But there was a problem with Orsha’s schedule. She reacted, “If there is any schedule disaster, the artists suffer as much as the director’s. So don’t blame us. We all have to go through some personal problems. ”
She resumes her journey acting through Simanto Sajal’s new TV drama “Aay Bhor”. Apurba Amin wrote his drama which tells the story of resurrected criminal’s hope for a new beginning. Orsha told that she was very optimistic about this drama and she liked the story very much.
Her acting in the mega serial ‘Saatkahan’ has been quite popular among TV audiences. After achieving the success in television screen, Bangladeshi actress Nazia Haque Orsha performed on big screen. Orsha’s first debut cinema name is “Ferrari Manos” with co-actor Ronak Hasan and Abir Sestho directed the movie. August 2013, she is also signing another bangle film “Mohua” but there is not update news about her second movie. Though she has started her career by modeling for many fashion houses, now she is making her career in acting.
-Translated by Abid Sarker