Nobody will ever doubt that Bangladesh can do it: Chinese envoy 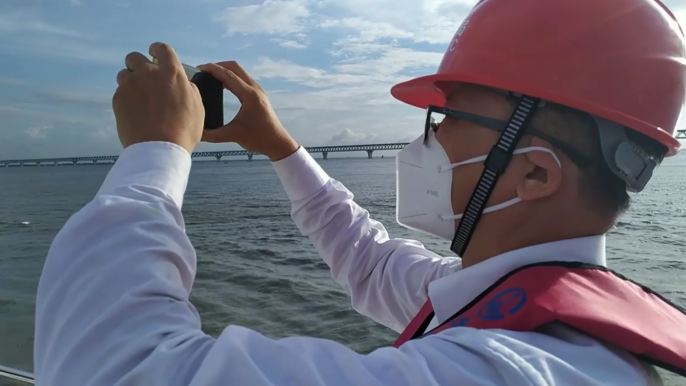 DOT Desk: Chinese Ambassador to Bangladesh Li Jiming inspected newly inaugurated Padma Bridge from the Padma river yesterday, reports TBS.
In a Facebook post yesterday, Embassy of the People’s Republic of China in Bangladesh said “Nobody will ever doubt that Bangladesh CAN DO IT!”
Prime Minister Sheikh Hasina inaugurated the bridge around 12pm yesterday and crossed to reach Jazira from Mawa.
The Padma Bridge project has been implemented at a cost of Tk30,193.39 crore with almost 100% internal funding which is believed to bring a new world to the country’s economy by connecting 21 southwestern districts through roads and railways with the capital.
Starting in 1999 with a pre-feasibility study, construction of the bridge, which has since generated numerous headlines, has had its share of delays and even courted controversy.