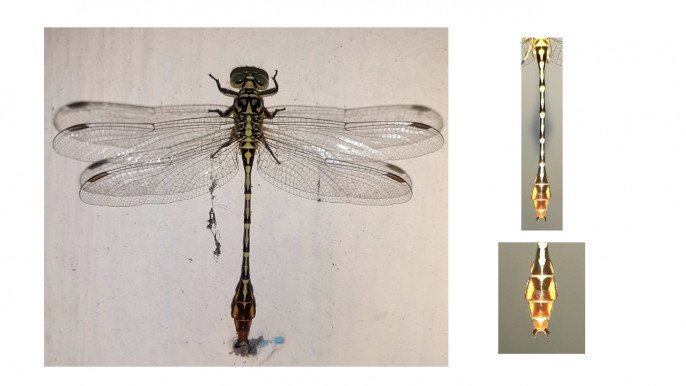 DOT Desk: A group of researchers from Dhaka University have discovered a new species of dragonfly in Bangladesh.
The discovery was recently made public in the Bangladesh Journal of Zoology – a scientific research journal published by the Bangladesh Zoological Society, reports TBS.
“During the coronavirus pandemic, we continued to collect information about the free movement of animals in nature. This is how we first confirmed the presence of this dragonfly from Jamalpur on 20 June 2020,” said Ashikur Rahman Sami, a wildlife research student at the Zoology department of Dhaka University. “From its appearance, we understood at once that it was something different,” he said adding that their teachers’ later confirmed that their hunch was right and it was identified to be a member of Platygomphus Dolabratus species. Later, Ripon Chandra Roy, another student at the Dhaka University’s Zoology Department found a similar dragonfly in Dinajpur.