New generation unlikely to win so many tennis Slams: Nadal 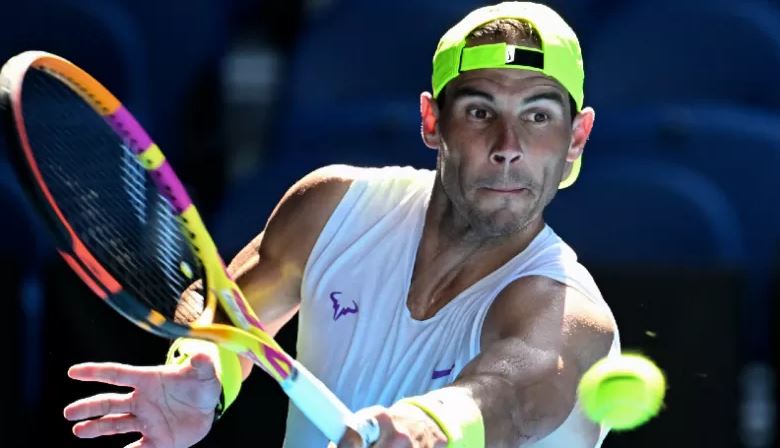 AFP: Rafael Nadal cast doubt Saturday on whether the new generation of players led by fellow Spaniard Carlos Alcaraz could ever match the feats of himself, Novak Djokovic and Roger Federer.
The ‘Big Three’ have dominated the sport over the past 15 years, compiling an incredible 63 Grand Slams between them so far.
With Federer now retired and Nadal and Djokovic aged 36 and 35 respectively, the focus is turning to who can take their place.
Alcaraz, 19, is leading the charge after becoming the youngest world number one since the creation of the ATP rankings in 1973 by winning his first Grand Slam tournament at the US Open last September.
He then became the youngest player in history to finish the year at the top of the rankings, and the first outside of Djokovic, Nadal, Federer and Andy Murray to do so since Andy Roddick in 2003.
Danish teenager Holger Rune, who shocked Djokovic to clinch his first Masters title in Paris in November, is another on the charge, along with the likes of world number three Stefanos Tsitsipas.
Nadal praised the ‘next-gen’ as “super-good” but said he was not sure they could dominate in the way he, Djokovic and Federer have.
“Carlos has one Grand Slam, the others have zero yet. If we start talking about achieving 22 Grand Slams, 21, 20, I mean, it’s a big deal,” he said.

“That can happen, yes. Why not? But at the same time it never happened in the past. Will not be easy that happen two generations in a row.

“That’s just putting the logical perspective on the room,” he added.