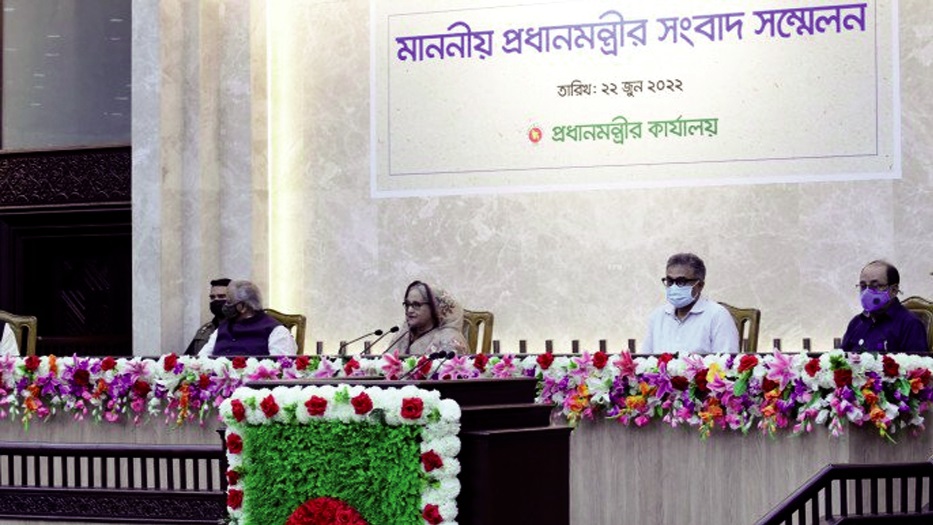 DOT Desk: Prime Minister Sheikh Hasina has said that new economic zones and hi-tech parks will be built around the Padma Bridge, reports TBS.
“Padma Bridge will speed up industrialization in the southern region of the country. But we are focusing on agriculture too. We will establish an agro-processing industry there,” the premier said while speaking at a press conference at her office yesterday. She also said that a site was being sought for the construction of a second nuclear power plant in the southern region. “After the inauguration of the Padma Bridge, domestic and foreign investments will be attracted in the region and the pace of industrialization of the country will accelerate,” PM Hasina added.

“The Padma Bridge is a major link to the Asian Highway. So, this bridge will a play vital role in regional trade. Besides, there will be a huge expansion of tourism industry on both sides of the Padma,” she said. “Padma Bridge was built on the efforts of thousands of people. Apart from Bangladesh, experts and engineers from China, India, USA, UK, Canada, Germany, Australia, New Zealand, Netherlands, Singapore, Japan, Denmark, Italy, Malaysia, Colombia, Philippines, Taiwan, Nepal and South Africa worked on the project,” the premier said during the briefing.

She expressed her gratitude to the technical committee headed by Jamilur Reza Choudhury for standing by the government when the World Bank cancelled the loan and put pressure on the government to disqualify the valid bidder for Padma Bridge construction and qualify disqualified bidder.

“Without the committee’s support, the making of the bridge would have been very difficult,” PM said adding that she wished Jamilur Reza Choudhury was alive to see the bridge.

PM Hasina also said at the press conference that the roads were cut at her instruction to quickly clear the flood water. In future, she said, these cut parts of the roads will have bridges and culverts so that excess water can be drained out quickly.