Nationalism is the supreme of all 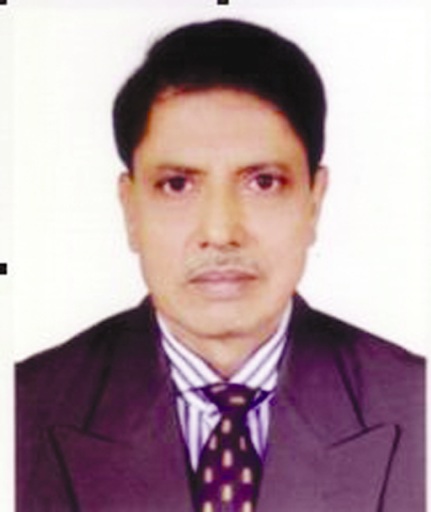 Dr. Foqan Uddin Ahmed :
Nationalism is the spiritual force which holds a nation in a defined territory together for the maintenance of its general and special rights against arbitrary powers within the state and preservation of its independence against aggression from outside. It implies spirit of unity or common consciousness among the people which brings and holds them together, and which makes them achieve common objectives or suffer and even sacrifice their lives in the interests of security of the nation. Nationalism also means a man’s spiritual attachment to one’s country. People who carry the feeling of nationalism are deeply attached to their nation in the same way as they may be attached to their religion. The country is frequently addressed and loved as ‘motherland’ or ‘fatherland’.
The factors which help the growth of nationalism may be common geographical, historical, political, cultural, racial, religious, economic and linguistic interests which need watching for development and which create, promote, and sustain national feelings. The most important factor of national feeling is geographical unity. It is this unity, which exhibits and promotes the pride of possession of a common land, which may be worshipped as ‘motherland’. Geographical unity arouses common interests in many walks of national life. People who live together on a common land for a considerably long period devise new ways of living, working and developing common aims, ideals and aspirations.
One significant factor that generates, promotes, and vitalizes smoother national feeling is the common historical traditions of the people.

Nationalism has common cultural traits signifying unity of ideas and ideals. Unity of culture is based on common customs and traditions, common manners and folklore and common tastes in art and literature. The overall impact is one of better standard of life for the fellow citizens.

Common race is also a unifying force. It binds the hearts of the people owing to common ancestry. It helps greatly in promoting and sustaining the national spirit. Among many nationalities like Jews, the poles and the Irish, religion has been the mainspring of national survival. But in modern states, toleration of religion prevails as belief has become a personal affair. In the United States, Russia and Great Britain, It hardly touches the national life of the people. In Bangladesh as well, a good blend of nationality is letting people enjoy their respective religious beliefs and practices without hindrance.
Language also plays a vital role in binding people together and creating consciousness among them as a nation. Our common language enables the people to project common ideals, sentiments and feelings, set up the common standards of morality, manners and justice and to conserve historical traditions so as to generate a common national psychology.

It is the process of harmonization and unification of various structural components of the nation. Integration involves acceptance of certain values by most sections of the population as common which different institutions and agencies in the society tend to preserve and promote.

Modern nations are open to different races, sects, tribes and beliefs. They provide for secularization of different groups and their ultimate integration. Integration is the consequence of differentiation and specialization. Nationalism is a super-force of a nation. Nation’s sovereignty is safeguarded by it. Any nation can defend it independence and sovereignty by it. Any crisis is overcome and solved through it. We achieved our beloved Bangladesh through the spirit of Bangali nationalism. It is one of the four fundamentals in our constitutions. It is such a pillar by which our identity, unity and integrity are maintained. People should come under a unique platform of one umbrella. With this unique power, nations and its people can take any challenge. So nationalism is considered as the supreme of all and a tool to protect us from image crisis.