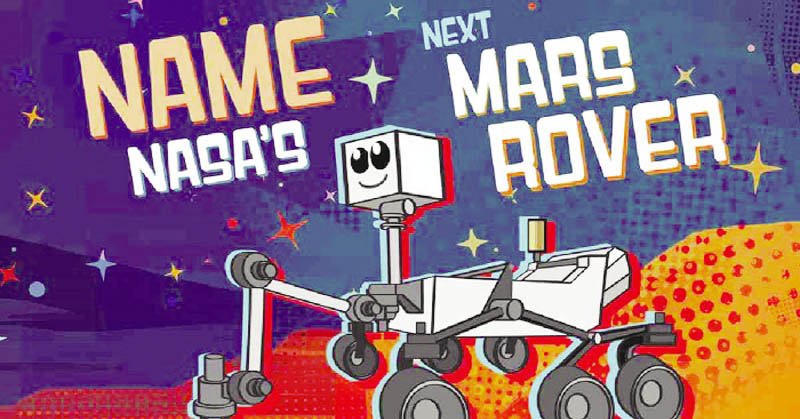 Xinhua: [2] After a months-long contest among U.S. students to name NASA’s latest Mars rover, the agency will reveal the name of the rover Thursday, according to a release of NASA’s Jet Propulsion Laboratory (JPL) yesterday.
[3] The Mars 2020 rover was the subject of a nationwide naming contest in 2019, which drew more than 28,000 essays by K-12 students from across the United States. Nearly 4,700 volunteer judges, consisting of educators, professionals and space enthusiasts helped narrow the pool down to 155 semifinalists.

A second round of judging selected nine finalist essays that were open to an online public poll before Thomas Zurbuchen, associate administrator of NASA’s Science Mission Directorate, made the final selection.
The Mars 2020 rover currently is at NASA’s Kennedy Space Center in Florida being prepared for launch this summer.