NAFTA: Donald Trump says US ‘not getting along’ with Canada 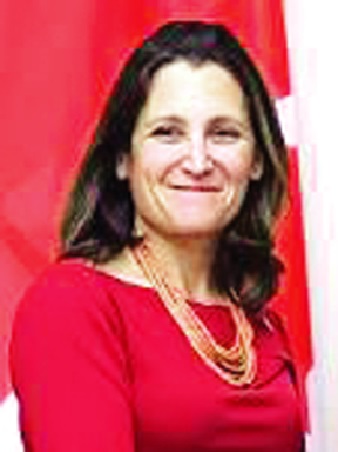 BBC
Donald Trump has said he turned down a meeting with Canadian Prime Minister Justin Trudeau, putting a damper on high hopes for trade renegotiations.Mr Trump’s comments were made as Nafta talks continue to drag on.
“I must be honest with you, we’re not getting along at all with their negotiators,” he said at a United Nations news conference in New York.
He took aim at the country’s dairy tariffs and reiterated his threat to tax Canada’s auto industry.
“We don’t like their representative very much,” he said, which some took to mean Canadian foreign minister Chrystia Freeland, who has been leading the charge to have a new deal in place.
The US made a deal with Mexico in August, but stakeholders on both sides of the border have urged for the US to make it a three-way deal and include Canada.
Talks have become increasingly hostile. Mr Trump said he turned down a meeting with the prime minister because he did not like Canada’s dairy tariffs.
He also said he is still willing to put a “motherlode” tariff on Canadian auto parts, which could affect $200bn of Canadian exports to the US.
“[Mr Trudeau’s] tariffs are too high and he doesn’t seem to want to move and I told him forget about it. And frankly we’re thinking about just taxing cars coming in from Canada,” he said.
He did not rule out the possibility of a deal, but made it clear he had little interest in compromising.
“I’m not making it anything near what they want to do,” he said.