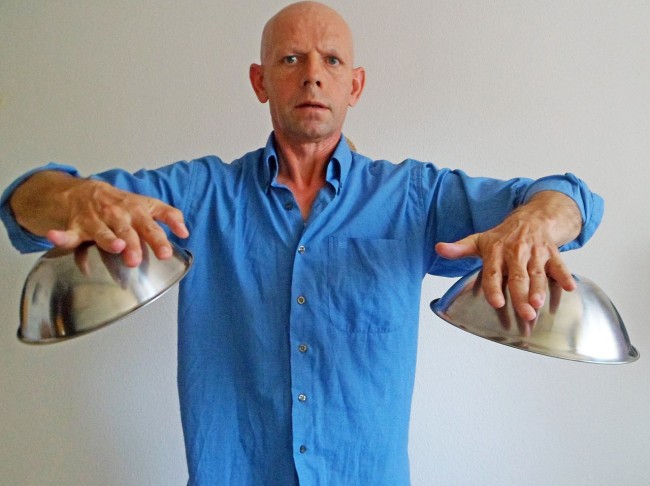 Telekinesis became a very popular word when the movie Matrix came out. The Sci-Fi movie everyone was talking about at that time and Neo became our new fictional hero who could freeze bullets midair with the power of Telekinesis. Similar to Yoda in Star Wars or Jadoo from Koi Mil Gaya. Even there are tons of guides on the internet and youtube videos, how to become a Telekinetic. But the question is, have Telekinesis ever been observed in real?
For centuries many have claimed they really do have the power. To control the motion of objects using only their minds. Levitating midair, moving stuffs and spoon bending are all intriguing examples. The idea sprung in heyday of Spiritualism. More like struggle to tangle the old spiritualistic threads to the modern societies of 1800’s. Even many people were convinced. Even, ironically the writer of Sherlock Holmes, Sir Arthur Conan Doyle. Ultimately all were exposed tricksters, who were using hidden wires to black-clad accomplices in their performances. Who could not perform under conditions where they were not totally in control. Magician Harry Houdini investigated and exposed many fake mediums. He even wrote a book “Miracle Mongers and Their Methods”, about it.
Many of us heard of the great psychic Uri Geller from late 1970’s, astonishing us by starting broken watches and bending spoons in his performances. Though he denied that these were just magic tricks, later these were duplicated by many magicians. In 1976, a group of children who claimed to have the ability to bend spoons with their minds, were tested at the University of Bath in England. At first the results seemed promising. Sadly, soon they were caught cheating on hidden cameras, bending spoons with their hands when they thought no one was watching.
To evaluate telekinetic claims through a scientific lens. In the 1930s, Joseph Banks Rhine (the so-called father of Parapsychology) tested in the lab whether people could use telekinesis roll the way they wanted it to. But afterwards, scientists failed to get his foretold results. Till this day, Telekinesis is part of the unproven discipline called Parapsychology. Where researchers study psychic phenomena. Though Parapsychologist regard what they do as a science. But most scientists disagree.
Surprisingly, there are also huge stashes of prize money available from lots of organizations for anyone who can prove that any psychic ability such as telekinesis is real. But these riches yet to be proclaimed.
Also researching such psychic ability is much like shooting in the dark. Again, no one is sure what are they looking for to measure. Some kind of strong brainwave like Jadoo perhaps? But by the universal law of physics it is impossible for brain waves to control objects. Since, it neither strong nor far reaching enough to influence anything outside of our skulls. Since, none could come to a consensus, it has been difficult to apply any research standard. Even, Magneto from X-men can only manipulate magnetic energy.
Mind controlling robotic arm is the closest thing can be related to telekinesis. Modern biomedical technology invented such device. Where they can implant tiny wires in the region of brain that controls movement. By doing so, they were successful to give a stroke patient the wonder of moving their bionic arms. With much concentration they were able to move the arm. It is still into research to build a full functioning limb. But these thoughts were not just indeterminable things. These were strong brain signals that was measured and translated through wires into the robot.
By stacking the evidence for an idea we can establish its tower of legitimacy. In this case, telekinesis is not that its tower exists. Some say this mystical phenomenon cannot fit within the boundaries of science, and that is okay. But then telekinesis becomes purely a matter of personal conviction. If something cannot be assessed scientifically, then it can’t be described as scientific either. So, no matter however much we may want to believe that the force is really within us, the case for telekinesis remains weak. Sorry Neo, Yoda or Jadoo. Your skills are amazing but for now, you only belong in the movies.