Mutual aid was a vital safety net during Covid. Britain’s about to need it again 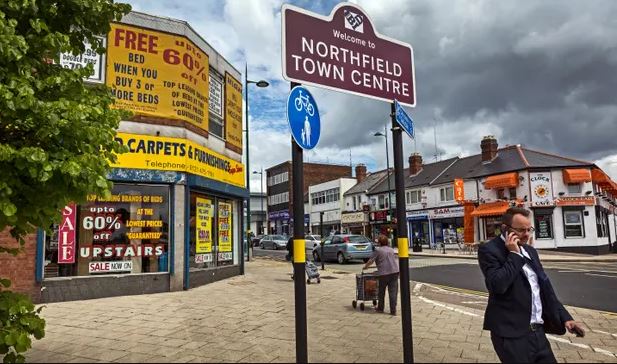 Before the pandemic, Edwin, a 59-year-old retired nurse, was just about getting by. His home in Northfield, an outer suburb of Birmingham, was “in chaos”, so crowded with stuff that he could only really use one room. He’d go to the local supermarket for a sandwich, sit in the library for warmth, or the pub for social interaction. It wasn’t great, but it worked for him.
And then, in March 2020, the nation went into lockdown. Edwin’s neighbour noticed that he was struggling and alerted a local support scheme that had leafleted the area. What started with food parcel deliveries soon uncovered deeper problems: Edwin hadn’t had gas or electricity for years and his home was unmanageably cluttered. He hadn’t been coping for a long time.
Edwin is part of an invisible society who, during the pandemic, were pushed from barely surviving to rapidly struggling. Living in isolation, many people in this situation are hanging on by a thread, never seeking or asking for help. Edwin and others like him might be in their 50s and early 60s. Still of working age, they don’t fit the category of “elderly”, at which point support such as a pension or state care – however minimal – might kick in. Now, with the cost of living crisis set to plunge swaths of our society into poverty, the worry is that growing numbers in this age range may be pushed into this state of decline, out of sight and with no safety net to catch them.
During a recent visit to Birmingham, I met Lisa Robinson at Northfield Community Partnership (NCP), a community charity that set up a network of local pandemic volunteers. This team of 80 “street champions” started checking on local residents when the first lockdown came into force. Its volunteers kept encountering people “who had fallen through the cracks, often in their own properties”, said Robinson.
People like Edwin could find themselves in this situation for a variety of reasons: the cumulative result of years of economic hardship; long-term isolation; perhaps a health incident that set off a downward spiral. Robinson tells me of an intelligent, articulate 60-year-old woman, Jane, who, with years of fulfilling employment ahead of her, had a stroke at the age of 50 and gave up on life. Before NCP stepped in to help, she had barely left her house in months.
Members of this demographic might be wary of visiting officials, perhaps fearful of having their lives ordered by others or their independence taken away, or scarred after previous, unhelpful interactions. Austerity policies didn’t just cut budgets, they also severed people’s relationship with the welfare state. As a result, many people no longer even believe that state support is available to them.
As the Birmingham Street Champions set to work, providing people like Edwin and Jane with pathways back into the communities around them, progress was slow. Volunteers with the Street Champions scheme would visit people’s homes, snatching conversations through a crack in the door that would gradually widen with each visit.

Street Champions is just one example of mutual aid that took many forms during the pandemic: neighbourhood WhatsApp groups, local Labour groups, even a furloughed theatre company. In Birmingham, NCP was set up in 2007 to provide community support after the closure of MG Rover’s car manufacturing plant in nearby Longbridge. It caused 6,000 direct redundancies and devastated the region’s manufacturing sector, precipitating a sharp economic decline. When the pandemic arrived, NCP was ready to tap into its community network and spring into action.

In Northfield, Edwin is doing well. He was supported by Clouds End, a social enterprise that works with people with hoarding issues. NCP cleared Edwin’s garden and home, and his power was reconnected. He was furnished with a donated cooker, fridge and washing machine, the basics that so many of us rely on, which he had been living without for years. Recently, Edwin returned to nursing work. Having previously felt “like a non-entity, like nothing”, he now enjoys stability and purpose.

Across the country, mutual aid is reconnecting the threads that run through Britain’s societies. In Northbridge, Birmingham, I met Ryan Treasure, 26, and Ryan Ohare, 22, both part of a street-dance crew and volunteers for the NCP food bank in a local community centre, Allens Cross, during the worst lockdown months. Treasure still volunteers with other food banks, while Ohare, who used the community centre as a child, is now employed as its caretaker. Both enthuse about working with older people – they say they know so much and can be a source of advice.

The pair have grown accustomed to negative assumptions being made of them. Treasure, who has experienced racist bullying at school and racial profiling on the streets, says: “People think we can’t make it, we can’t do this, can’t do that. But we care about our community, the people around us who supported us. If we can give back in any way, we will.” It’s a sharp contrast to the frequent depictions of young people as hopeless, self-absorbed snowflakes that often dominate the media. But then, Britain’s mutual aid organising blew apart so many of the polarised, mean-spirited and zero-sum portrayals of society that have shaped our political conversation in recent years.

For the many who volunteered nationwide, mutual aid was a moment of showing solidarity with the whole community and choosing to be an active part of it. The incredible number of people who volunteered across the country (and continue to do so) reflects a desire for purpose and action, meaning and connection. For people like Edwin and thousands of others, it was a lifeline.