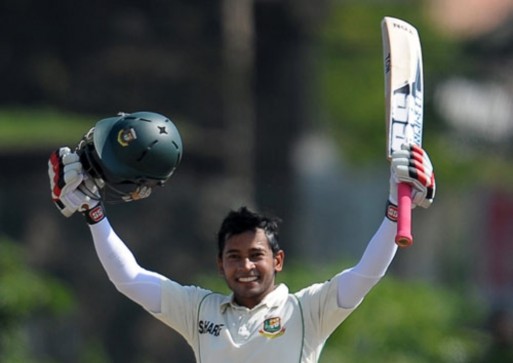 Anwar Hossen Sohel for DOT
[2] In 2013, during a Test match against Sri Lanka at Galle, Bangladesh star batsman Mushfiqur Rahim had become the first batsman from the country to hit a double hundred. [3] That historic SS bat he used during the innings is going to be put up for auction by Mushfiqur Rahim and the money from selling the bat is going to be used to help the less privileged during the coronavirus crisis, reports The Daily Star. [4] Mushfiqur talked about the possibility of an online auction in order to sell the historic bat.

“I am going to put the bat I used to hit my first 200 up for auctions. I am thinking of auctioning it digitally. Let’s see what arrangements can be made. I will request everyone who can manage, to come to the auction and bid a high price for the bat. The money from the bat is going to be used fully to help out the needy. I am asking everyone to raise the price as much as possible,” Mushfiqur was quoted as saying by local media.