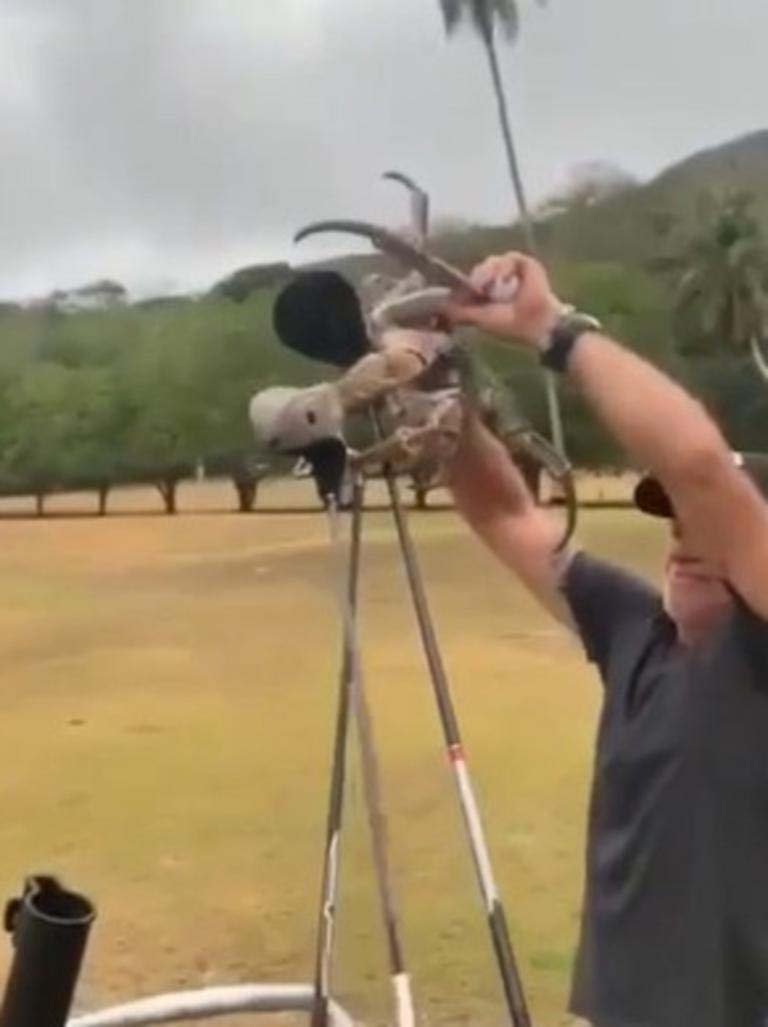 An enormous crab unexpectedly joined golfers for a round on Christmas Island and made off with some of their gear after slicing through one of their clubs “like a chainsaw”.Footage taken on the course shows the huge crab clutching onto the ends of a man’s golf clubs after it appeared to have climbed up his golf bag.
His friend who filmed the video, which was shared to Reddit on Sunday, identified the thief as a coconut or “robber” crab.He says in the clip the group had returned from putting out on their sixth hole to find the crab there.“And that’s why we call them a robber crab … And we have not put this here, this has climbed up here while we’ve been putting out,” the man says.
“He’s got a bloody good grip on it – look at that.”Christmas Island, an Australian territory located in the Indian Ocean about 1500km west of the mainland, is famous for its endemic red crabs that blanket the streets during their annual migration.
But the island is also home to the coconut crab, the world’s largest terrestrial arthropod, which are colloquially known as robber crabs for having a penchant for stealing anything they can get their claws on.