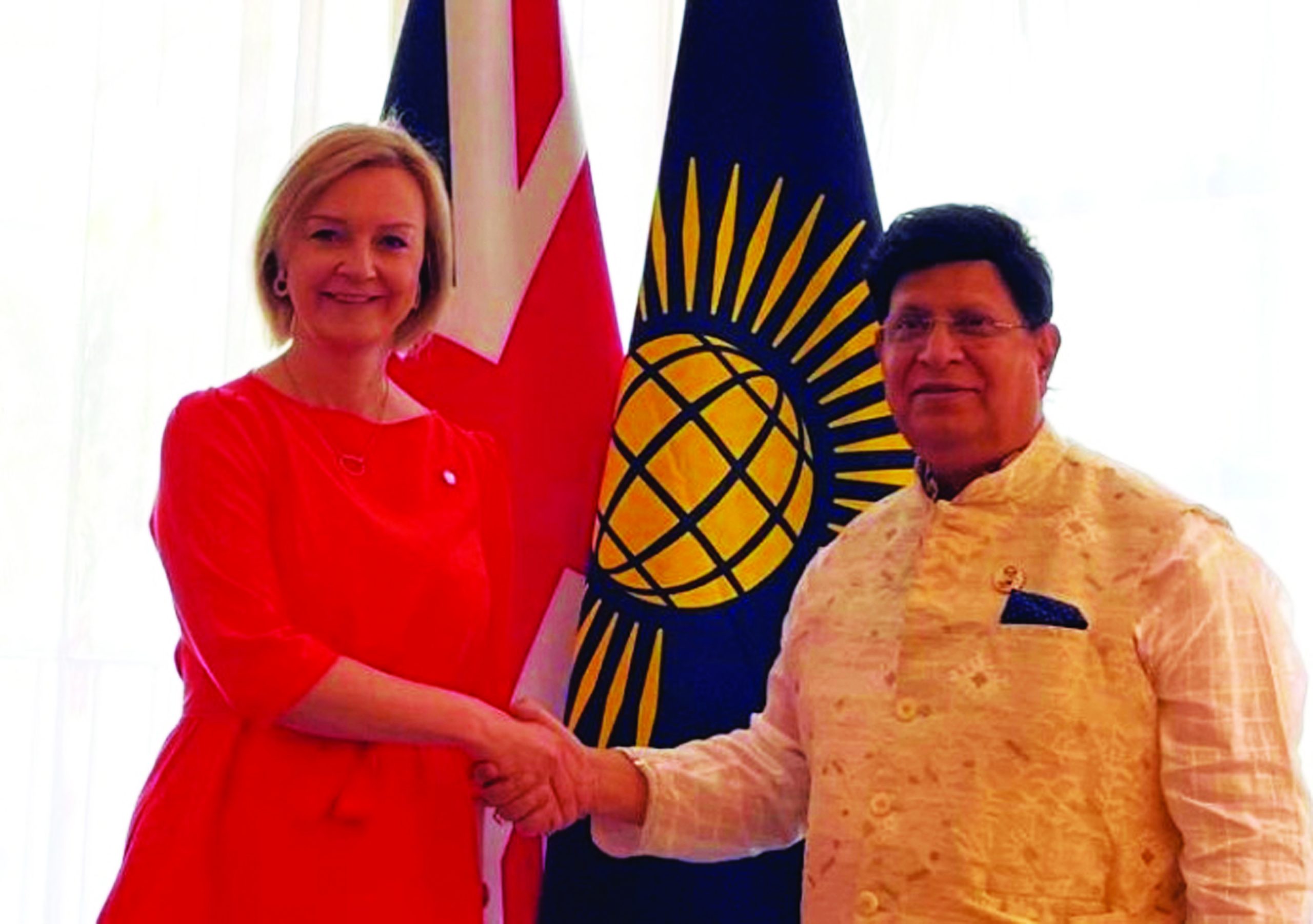 DOT Desk: Foreign Minister AK Abdul Momen has requested the British Secretary of State Elizabeth Truss to resettle one lakh Rohingya refugees who are now sheltered in Bangladesh, reports The Daily Star.
He made the proposal during a bilateral meeting with Truss in Kigali, Rwanda, on the side-lines of a Commonwealth event yesterday.
Rohingyas can have a better life and Bangladesh’s unfair burden can be lessened if the United Kingdom, a global leader in justice and human rights could consider resettling one lakh Rohingya refugees, said Momen. Truss thanked Bangladesh’s generous hosting of Rohingyas and responded that “while the UK could look into it, the best solution to the Rohingya crisis, however, lies in their safe and sustainable return to their homeland in Myanmar”.Foreign Minister Momen briefed his British counterpart about the status of the protracted Rohingya crisis and stalemate in the process of their safe and sustainable return to Myanmar in the absence of political commitment of the Myanmar government. Expressing the British Government’s concern at the current political turmoil in Myanmar, Liz Truss reiterated UK’s continued commitment to resolve the Rohingya crisis and assured that together with the ASEAN and fellow G7 countries, UK would increase pressure on Myanmar for a sustainable resolution of the Rohingya crisis.

Momen also gave historic references to earlier instances of en masse influx of Rohingyas into Bangladesh in the 70s and 90s, and their subsequent voluntary repatriation by Myanmar through agreements and accords with Bangladesh.