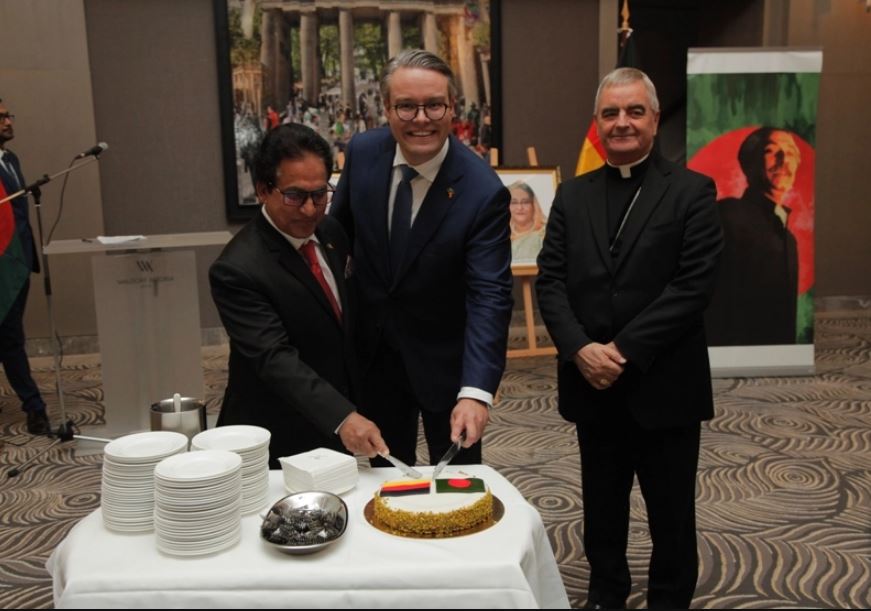 Dot Desk: Foreign Minister AK Abdul Momen has emphasised on enhanced German footprints in Bangladesh’s investment landscape and referred to the increased presence of German enterprises in the transport, telecommunication, and renewable energy sectors, reports Daily Sun.
He expressed hope that the portfolio of existing relations will further expand and diversify in the years to come which would include human connectivity through knowledge and skill partnerships.
He was addressing a reception organised by the Bangladesh Embassy in Berlin marking the celebration of the Golden Jubilee of Diplomatic Relations between Bangladesh and Germany held on Monday (Sept 19) at Waldorf Astoria, Berlin in Germany.
In his recorded video-message, the Bangladesh Foreign Minister flagged the importance of setting up of a representative office of German Chamber of Commerce and Industry in Bangladesh, as it continues to expand its presence in Asia.
He also expressed optimism that the constraints for student visas who choose Germany as their preferred destination for higher education would get renewed momentum in post COVID-19 scenario.

Momen referred to the German government’s plan to recruit foreign workforce and requested the German authorities to explore the possibility of integrating Bangladeshi citizens.

The Foreign Minister attributed Germany for being proactive since the latest influx of displaced Myanmar citizens to Bangladesh and expressed his optimism that Germany would remain seized with the issue during its non-permanent membership to the UN Security Council.
Speaking on the occasion, German Minister of State at Federal Foreign Office Tobias Lindner has highly praised the tremendous development trajectory of Bangladesh in the last decade.