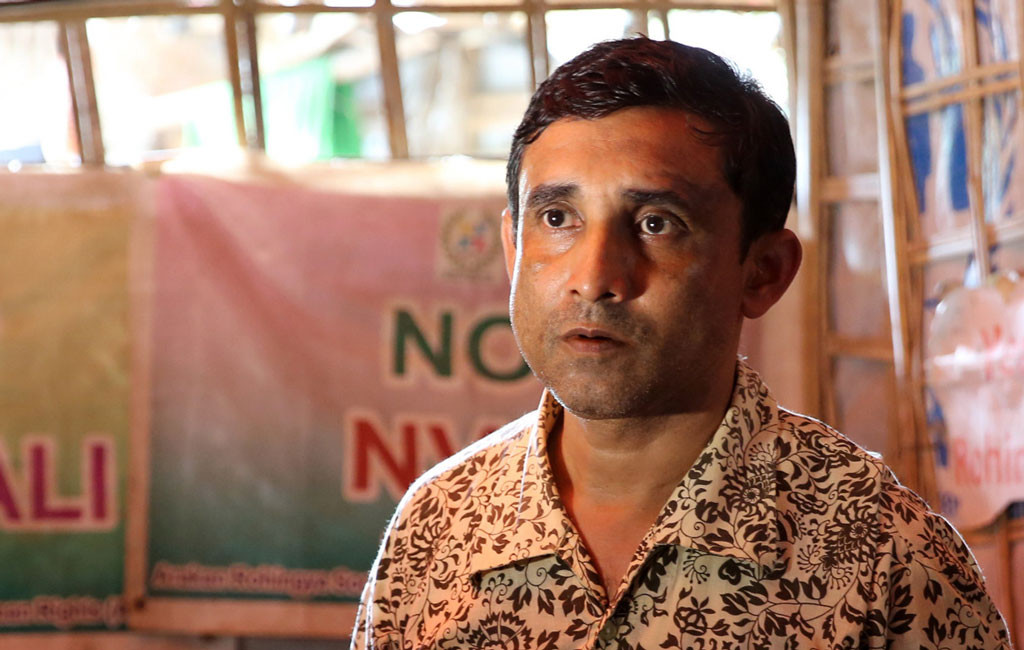 DOT Desk: Police have pressed charges against 29 accused in the killing of prominent Rohingya leader Md Mohib Ullah.
The chargesheet was submitted to Ukhiya’s Senior Judicial Magistrate’s Court yesterday, Ukhiya police station Officer-in-Charge Sheikh Mohammad Ali confirmed to Dhaka Tribune.
Mohammad Ali said a total of 29 people were named in the chargesheet. Of them, 15 are currently in jail while 14 still absconding. All of them are members of the Rohingya community, reports The Dhaka Tribune.

Mohib Ullah, chairman of the Arakan Rohingya Society for Peace and Human Rights (ARSPH), was shot dead at a Rohingya camp in Cox’s Bazar by unidentified assailants on September 29, 2021.
Following his death, Mohib Ullah’s brother Habib Ullah filed a case with Ukhiya police accusing unidentified people of the killing on September 30, 2021.
Mohib Ullah lived with his family in a small hut at D block of Kutupalong’s Lambashia camp 1 (East) in Ukhiya. He used a part of the house as the ARSPH office.