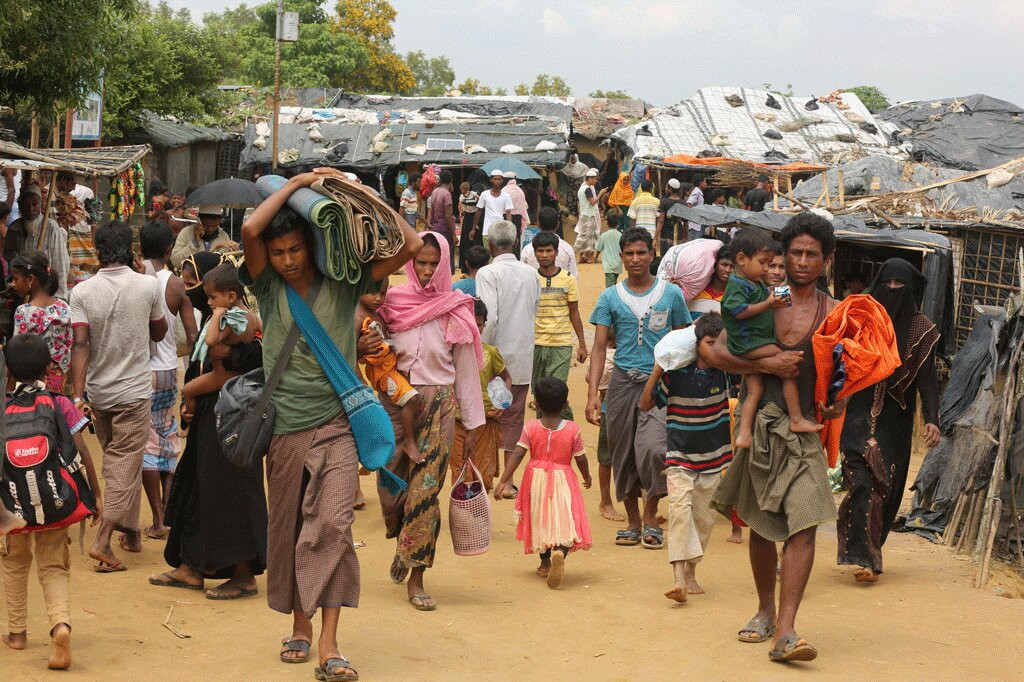 DOT Desk: Home Minister Asaduzzaman Khan on Saturday said giving shelter to the forcibly displaced Rohingya refugees from Myanmar with limited resources of the country was becoming a burden, reports Dhaka Tribune. He was speaking as the chief guest at the national consultative meeting on prevention of human trafficking, organized jointly by Bangladesh United Nations Network on Migration and the Ministry of Home Affairs, at InterContinental Dhaka.
“Our resources are limited. Various international organizations are ensuring food and assistance for the Rohingya. However, as the days go by these displaced refugees are becoming a burden for us,” he said. About the meeting, the minister said the government maintained a zero-tolerance policy on heinous crimes like human trafficking. The meeting was attended by Foreign Minister AK Abdul Momen, Switzerland Ambassador to Bangladesh Nathalie Chuard and British High Commissioner to Bangladesh Robert Chatterton Dickson, among others.