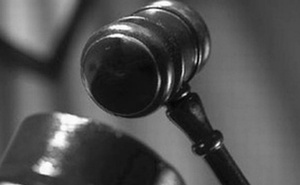 A Dhaka court has sentenced Mezbaul Alam, a Asia Pacific University student to life imprisonment for the murder of Daffodil University student Setu Sarkar in 2013. The 25-year-old inmate was sentenced to life imprisonment along with a Tk 50,000 fine in one charge. A failure to pay the fine will be punished by an additional prison years
Mezbaul also was sentenced 10 years in prison on another charge and a Tk 25,000 fine. A failure to which will result in an additional six months imprisonment. He also received a ten-year sentence for sexually assaulting Setu and fined Tk 30,000. A failure to pay the fine will also be penalised by an additional six months in prison. Mezbaul will serve all the prison sentences concurrently, said Court Special Prosecutor Abdullah Bhuiyan.However, the fines must be paid separately.According to the case documents, on Aug 16, 2013, Mezbaul proposed an ‘unusual sexual relationship’ with Setu Sarkar.Sarkar refused the advances and Mezbaul raped her before hacking her to death with a sharp weapon. When a friend of the victim, Punom Kundu, attempted to stop him he attempted to electrocute them to death.The following day Sarkar’s uncle filed a case with the Hazaribagh Police Station.Sarkar was a first-year student of Electronics and Engineering at Daffodil University. He was born in Raghabpur village in Gaibandha.Mezbaul came from Talabrashid village in Dinajpur.