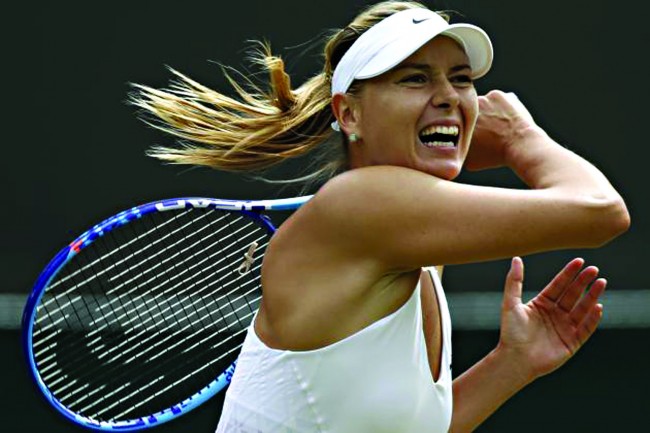 Maria Sharapova started her tennis career back in 2000. Soon afterwards, she became the world no. 1 on August 22, 2005. There has been no looking back for her since.
Until recently, Maria Sharapova tested positive for taking a disturbing amount of meldonium before the Australian Open 2016. Following, the 28 year-old Russian was banned for an extensive period.
Her provisional ban from March 12 has opened up many mouths that have been kept shut for many years for unknown reasons.
In the latest, Kristina Mladenovic has made a statement saying that all the other players termed her as a “cheater”. “You sure doubt and think that she didn’t deserve all she won until now. That’s dreadful, but it’s good that it’s finally out. As far as I am concerned if I take an aspirin I worry 10 times about what I do. She’s been taking this drug for 10 years and it’s a serious drug. She has played with the rules and thought, if it’s not banned, then I can take it. For me that’s very disappointing. I don’t like the mentality to be the best by playing with the rules”, said Kristina to a French newspaper Le Parisien.
The French tennis player also revealed that Sharapova was never popular among her peers. It has been alleged that she was always away and aloof. She would disdain herself in the locker room and get away as soon as the game was over. She was neither friendly, nor polite.
However, Sharapova did not deny to the acclamation of the usage of the drug. She said she has been using it for the last ten years due to medical necessities. Her lawyer, on the other hand, told the guardian that she has been prescribed a medicine called mildronate, despite she tested positive for meldonium.
Apparently, she has been warned that the drug she has been using is going on the banned list. She was sent emails for up to as five times warning her of the use of drug.
Maria Sharapova denied getting any such emails.
“A report said that I had been warned five times about the upcoming ban on the medicine I was taking. That is not true and it never happened,” she said. “That’s a distortion of the actual ‘communications’ which were provided or simply posted on to a webpage.
“I make no excuses for not knowing about the ban. I already told you about the December 22, 2015 email I received. Its subject line was “Main Changes to the Tennis Anti-Doping Programme for 2016.” I should have paid more attention to it. But the other “communications”? They were buried in newsletters, websites or handouts.”
Before she was banned, Sharapova agreed that she has been using the drugs for ten years. But she added that she didn’t use it on a regular basis rather as per the doctor said. She made it clear that she didn’t pretend not knowing about the ban nor did she avoid talking about it.