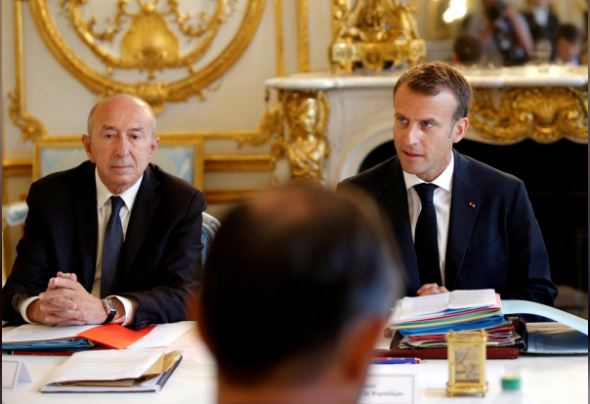 Reuters: France’s interior minister, one of President Emmanuel Macron’s closest allies, has announced plans to quit the government and run for election as mayor of Lyon in 2020, adding to doubts and instability around the young leader’s administration.
Gerard Collomb’s announcement in an interview in L’Express magazine follows the abrupt resignations of a popular environment minister, who questioned Macron’s commitment to the reduction of nuclear power, and the sports minister.
A high-profile member of Macron’s party, Republique En Marche, also quit over the weekend.