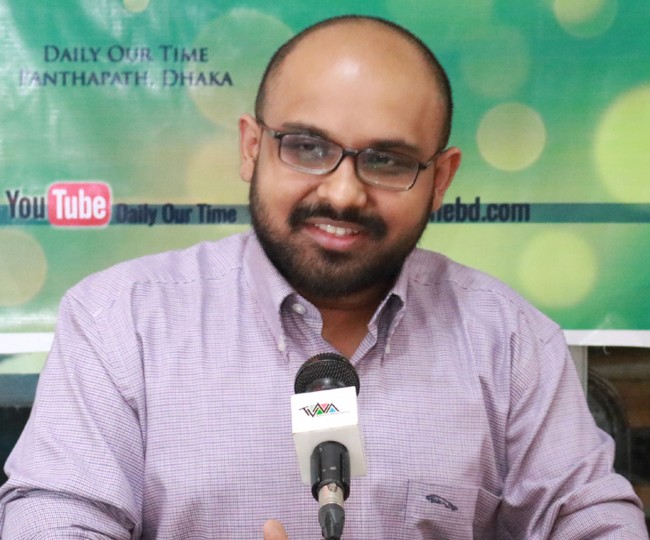 Yamin Khan, a renowned comedian, talked about his comedy inspiration, the struggles in the industry, his Youtube channel ‘Gold Digger’ and the present day Bangladeshi comedy scenario in a discussion with the Daily Our Time team at a rendezvous session. What started out as a school spectacle of imitating teachers branched out into a professional base for comedy for Yamin Khan. He got a BsC in Accounting and Finance at the University of Warwick during which he was introduced to a whole channel of comedy. He mentioned that when he put forth the idea of quitting his two-year job at Standard Chartered to pursue a career as a comedian, his mother had an ‘absolute fit’. Being persistent on achieving his dreams, Yamin Khan went on with determination. He admitted to facing a lot of hurdles in the beginning which he later adapted to, usually by playing off the audience’s reactions. “I did not succumb to failures”, he said. Currently, Yamin Khan has a YouTube channel called ‘Gold Digger’ and writes the comedy content of Baby Bhai and Talking Tom for Radio Foorti. He takes up comedy shows as well.As for advice for new comers in the field, he recommends taking inspiration from comedians but straying away from plagiarism. “Be yourself and create something that has your own mark!”