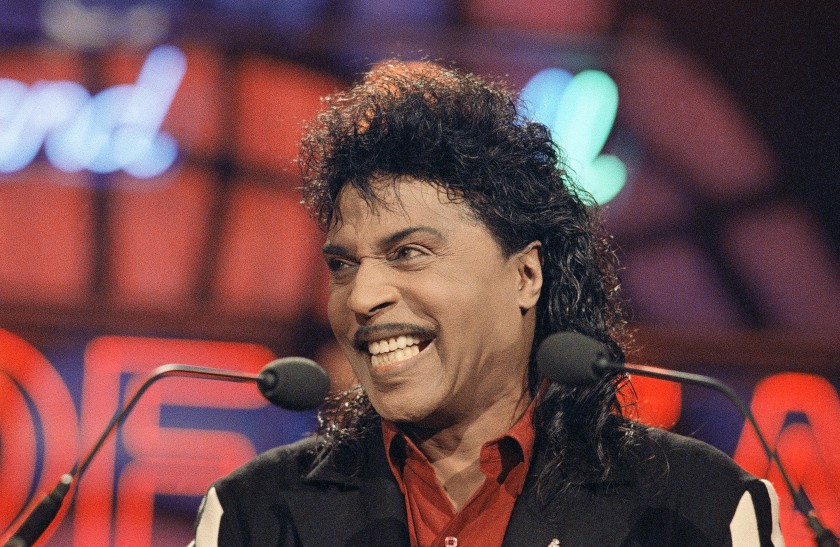 Latimes: [2] Recording artists, industry leaders and celebrities of every stripe poured on the love for Little Richard, the trailblazing American rocker who died Saturday at the age of 87. On social media, admirers called the star, born Richard Penniman in Macon, Ga., an unforgettable artist and a generous mentor and friend.
[3] Mick Jagger on Instagram called Richard “the biggest inspiration of my early teens” and a mentor. “When we were on tour with him I would watch his moves every night and learn from him how to entertain and involve the audience and he was always so generous with advice to me.”
[4] Bob Dylan called Richard “the original spirit that moved me to do everything I would do” and recalled playing shows with him in the ‘90s in Europe: “He was always generous, kind and humble. Ringo Starr posted a photograph of the legend with the Beatles, captioning it, “A night to remember.” [5] “He was there at the beginning and showed us all how to rock and roll,” wrote the Beach Boys’ Brian Wilson on Twitter. Nils Lofgren, Billy Idol, Keith Richards, Jody Watley, Patti LaBelle and Carole King were among the artists mourning the “architect of rock ‘n’ roll” on Twitter.
[6] Chance the Rapper wrote that he had recently read up on the singer and learned “about how he developed The Beatles and saved The Rolling Stones,” a reference to the legendary influence Richard had on the singing of Paul McCartney and Stones frontman Mick Jagger.

Music producer Quincy Jones posted on Facebook about “my brother & friend,” adding, “An innovator who’s influence spans America’s musical diaspora from Gospel, the Blues & R&B, to Rock & Roll, & Hip-Hop, there will never, ever, ever, be another Little Richard.”

Michelle Obama celebrated Richard’s “exuberance, his creativity, and his refusal to be anything other than himself.”