Laws are necessary but press freedom has to be ensured 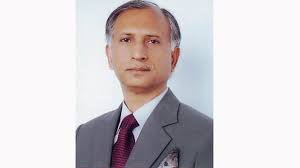 Prof AAMS Arefin Siddique speakes to DOT :
The Digital Security Act is necessary but at the same time, the government should ensure that the media do not face any obstacle in providing information to the people.
Press freedom is necessary for development and democracy. The incumbent government also believes in press freedom and the media of our country now enjoy freedom.
Digital Security Act is needed for safeguarding the interest of the state and its people but the media should be given freedom. Certainly non-journalistic practice cannot be encouraged and the laws are needed to rein in such malpractice.
The concern of the journalists about the new act is not unusual. Because, the newly enacted law may stand in the way of press freedom. WE have to thrash out a solution in this respect.
Wrong and harmful information goes viral due to the uninterrupted exchange of information. Blatant lie, hate speech and incorrect information are published which create suspicion on the public mind about the government. Therefore, Digital Security Act is very much important for the protection of the country.
On October 8, President Abdul Hamid signed the Digital Security Bill into law. The bill was passed in parliament on September 19.
Writer is former VC of Dhaka University
Based on an interview by Tanzina Tanin and translated by Hossen Sohel