Knowledge in circulation, from East to West 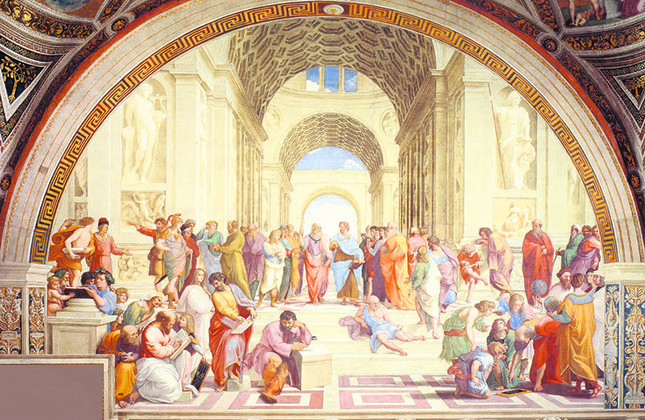 The notions of East and West were first literally described as geographical directions, but today in the social sciences they are mostly used to depict the world’s two great different civilizations. There is some simplification here, but it is useful as a starting point. These terms, which are longstanding and deeply entrenched, would have been first more precisely used in ancient Greece and then the Roman Empire. In general, Roman people had classified themselves as Westerners and saw other civilizations as sometimes barbaric but generally as Easterners. Particularly during the golden period of the Ottoman Empire, these notions intensified, largely coming from religious motives in the West. With the rise of the Orientalist disciplines in the Western world, the very notions were further regarded as the root cause that led to the clash of civilizations, i.e. the recurring collision between the East and West. In time, the Orientalists argued that these notions were more than enough to explain the world’s discrepancies and dilemmas of their times; yet their claim was proved wrong in later years. This was partly because other civilizations apart from Europe and America had already started identifying themselves as the part of the East. Then, the word “civilization” itself was defined as an oppressive tool. Genuinely enough, the idea of the clash of civilizations still contains the built-in idea of “supremacy,” both ideologically and sociologically.A journey in time
In today’s contemporary world, the West appears as the leading civilization in science and knowledge; however, civilization, knowledge and science are in fact the common heritage of all of mankind. Key parts of the West’s own doctrines and arguments also belong to the Greeks, Chinese, Persians, Turks and others; they are in fact indivisible parts of this common heritage as well. To refute the Western thesis of supremacy, the basic historical data, reached very easily with a short internet search, is enough to share below.
The university as an institution – the center of modern knowledge – first appeared in Morocco and the Arabic language was the language of science back in time as just as today’s English. The prominent center of science and intellectual life, called Bayt al-Hikma (House of Wisdom), was established by the Abbasid Caliphate in the late 8th century, during the Islamic Golden Age. The center was surely the reflection and practice of the hadiths of the Islamic Prophet Muhammed on knowledge; “Seek knowledge even unto China,” or “Knowledge from which no benefit is derived is like a treasure out of which nothing is spent in the cause of God.” Indeed, the apple that fell on Isaac Newton’s head was actually the apple of Ibn Sina (Avicenna), hence the Muslim polymath is today defined as the pioneer of modern physics.Some 500 years before the Italian thinker of the Renaissance, Leonardo da Vinci, Ibn al-Haytham, called as the father of modern optics, discovered the principles of modern optics in Iraq’s Basra region. Almost four centuries before the Renaissance-era mathematician Nicolaus Copernicus, Persian Omar Khayyam in Khorasan, in present-day Iran, told in his poems that the world indeed orbits the sun. Nasir al-Din Tusi first revealed the foundations of a sun-centered astronomy. The Andalusian scholar, Ibn Rushd, or known as Averroes, brought extensive comments on Aristotle’s teachings in relation to and in accordance with Islamic principles. Such a philosophical comment spread across the whole European continent in a short time; thus, he was later and is still called as “the Commentator” in the West.
The Turkish Seljukis founded a higher education institution, the Nizamiyyahm and the establishment of these Turkish higher schools in eleventh century was the first major educational reform in history. New notions, theses, methodologies, argumentations were generated by the scholars of these schools and a common knowledge started growing. The legacy of these schools ended with a sad and unfortunate incident when the Mongols invaded, destroyed and burned the libraries and buildings of the institutions.
The 1903 Nobel Prize in Physics winner, the French physician Pierre Curie, says “we splatted the atom only with the 30 books left us from Andalusia. If we could have the chance to examine the hundreds of thousands of books, which had been burned by Hulagu Khan [The Mongol ruler that burned the very books of the Islamic civilization], we would be now playing football between the galaxies.”