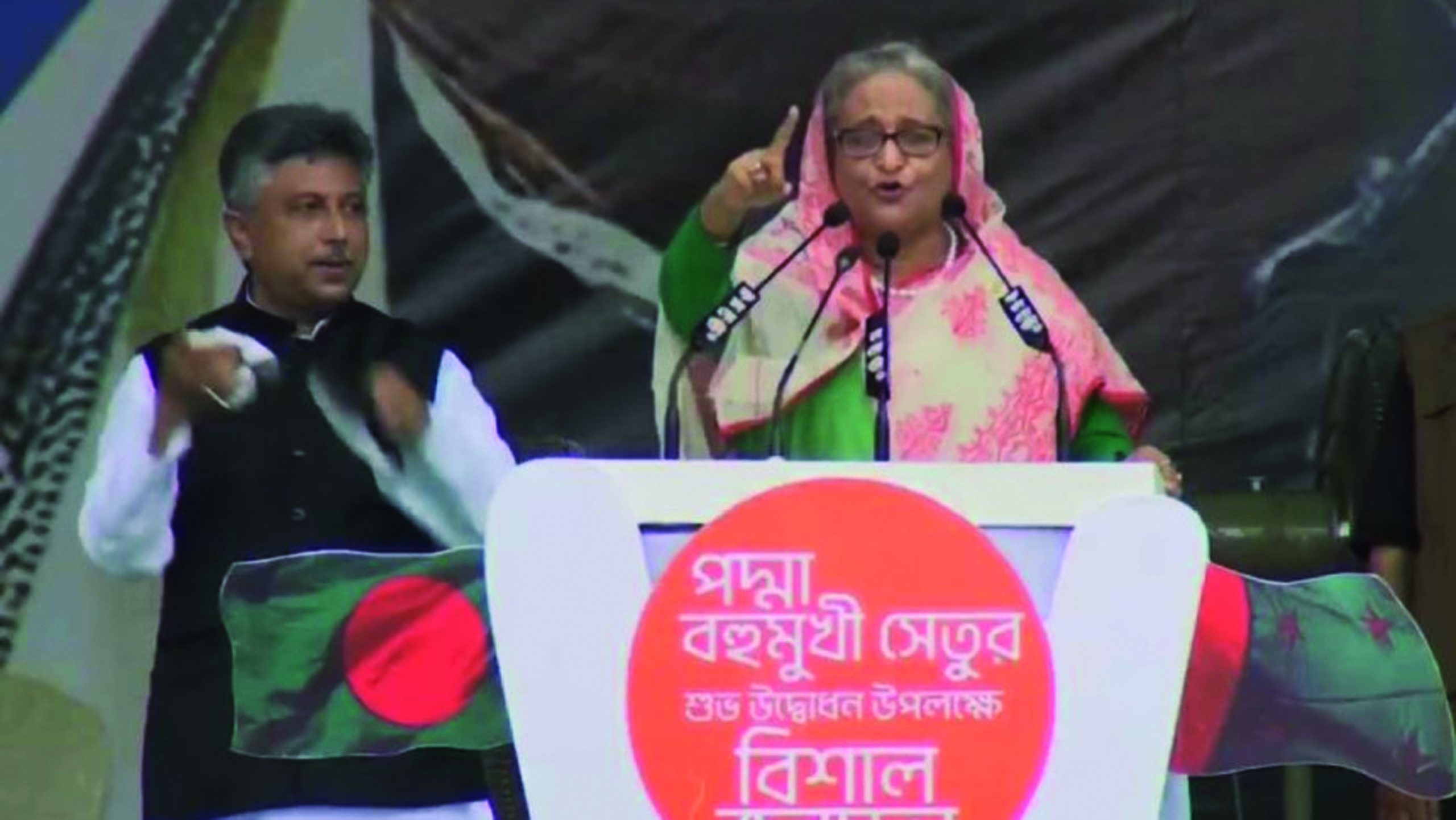 DOT Desk: Prime Minister Sheikh Hasina yesterday asked BNP Chairperson Khaleda Zia to come and see the Padma Bridge for herself, reports The Daily Star. The Prime Minister this said while delivering her speech at 1:09 pm at the rally organised by the ruling Awami League at Shibchar of Madaripur. Hasina said that when she was in office she laid the foundation of the Padma Bridge in 2001 but the BNP Chairperson stopped the Padma Bridge construction work. “Khaleda said Padma Bridge will not be constructed. I want to ask her to come and see whether Padma Bridge has been completed,” PM said. Many people said it will not be possible to construct the bridge with Bangladesh’s own funds. “The power of the people always prevails. Do you believe in it?” Lauding people for their support during the construction of the bridge, PM said, “You gave us the courage, you gave us the power… I’m ready to sacrifice myself for you. If needed, I will sacrifice my life.” She then shouted the slogan “Joy Bangla! Joy Bangabandhu!”, as thousands of people joined her.
Earlier, the Prime Minister reached the venue at Kathalbari Ferry Ghat in Madaripur on the occasion of inaugurating the Padma Bridge.

Before arriving at the rally venue, several helicopters showered colourful confetti from the sky at the venue as people burst into joy.

In response, PM waived at the people.

People from all walks of life and leaders of AL and its associate bodies began gathering at the rally venue since early morning.

Due to hot weather many people were seen taking shelter at sheds at the nearby roads instead entering at the rally venue.