Kesha in Tears When Denied By Court 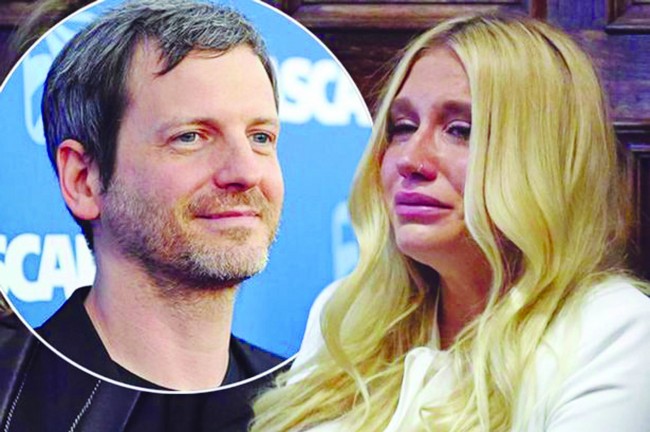 Global phenomenon, Kesha Rose Sebert recently left court in tears after she lost her lawsuit against her music producer Lukasz Sebastian “Dr. Luke” Gottwald who allegedly had sexually assaulted and physically and mentally abused the singer/songwriter. Kesha left a permanent mark on the music industry after her megahit “Tik Tok” topped the charts way back in 2009 and she had created quite a fan base for herself, whom which all were devastated to hear the news about how Kesha had begun crying in court and after once the judge denied her lawsuit against her music producer as she did not have any solid evidence to back up her charges against Dr. Luke.
Kesha had signed up with Sony’s music contract that quickly put her to work with one of music’s largest producers, Dr. Luke, who had worked with so many pop stars before like Katy Perry, Avril Lavigne, Pink and etc. Kesha claimed in court that Dr. Luke had physically and emotionally abused her and as well as raped her and forced her into shooting her ‘Die Young’ music video which she disagreed to do.
Though after all these accusations Dr. Luke not only did not show up at court but as well as won the case forcing Kesha to go back to working with the same producer who she accused of rape.
Though even after all this hardship for the singing sensation she has been getting continuous support from all her fans and many well-known musicians such as Ariana Grande, Kelly Clarkson, Alessia Cara and so many others, Lady Gaga had even sang her song “Till It Happens To You”, which is about sexual assault, at the 2016 Academy Awards in honor of Kesha’s recent suffering. Kesha’s fans had even sprinkled glitter on the road leaving the courthouse for Kesha in homage to her most famous hit “Tik Tok” and she has been trending in social media since this event took place. The hash-tag #FreeKesha has been appearing on social media for weeks since this lawsuit took place and so many people are rallying for Kesha’s freedom from Dr. Luke all across the world. Though this Pop sensation has been going through a lot for the past few years she will always have her fans to support her through any tough times and isn’t that the true prize to be won, the hearts of thousands of fans all across the globe supporting you through thick and thin. Though Kesha might have lost her lawsuit, she won the hearts of many all over the globe.