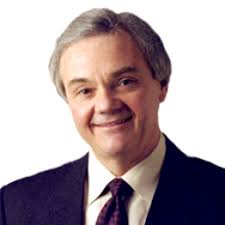 This is a golden age for cynics. You will rarely go wrong in assuming an absence of decency and courage in the political class. However low the bar is set, it will not be low enough.
Witness how the confirmation hearings for Brett Kavanaugh started as cheap theater and ended in bloodsport. The process by which we elevate someone to the highest court in the land sunk to the lowest common denominator — and didn’t stop.
And now the national disaster will be aided by more time and a fresh supply of dynamite.
Friday’s agreement to give the FBI a week to supplement its background check by looking into existing misconduct allegations against Kavanaugh guarantees the nightmare will continue, especially for him and his battered family. You don’t have to be a cynic to assume the rabid left will come up with more outlandish accusations in an effort to make up in quantity what it lacks in quality.
The extension is the devil’s bargain Arizona Republican Sen. Jeff Flake struck with his conscience. First he said he would vote to move Kavanaugh out of committee, then was shouted at in an elevator by leftists and cornered by Senate Democrats. Naturally, he caved in to their demands for the extension while supporting Kavanaugh, pending the outcome of the probe.
As popular as a rattlesnake in ­Arizona, Flake is “retiring” from the Senate, yet has outsized leverage because of the GOP’s narrowest possible majority, 51-49. He used it to reward those who debased the Senate he claims to love. 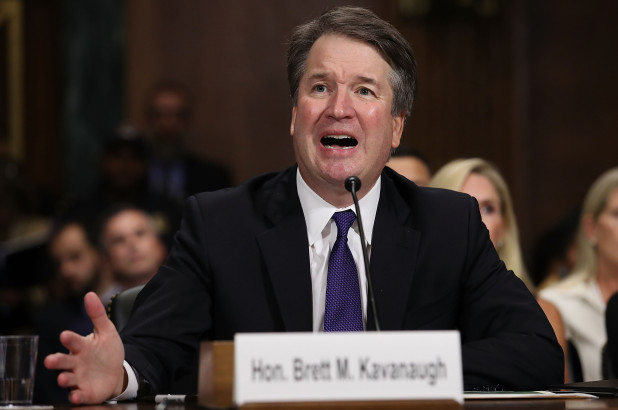 Dems and their media handmaidens were quick to praise Flake for his “bipartisanship,” a term they ­reserve for when a Republican crosses over to pass liberal initiatives.But the favor is rarely returned, and there is no Democrat equivalent to Flake or Susan Collins of Maine. Even when more centrist Dems vote with Republicans, they never supply the crucial votes, joining only as add-ons to a majority.
In fairness, Washington is fractured because the nation is. Our so-called leaders are in fact followers, and wouldn’t behave as scurrilously as they do if there weren’t an audience cheering them on and demanding more. More attacks, more confrontation, more outrage, more, more, more.
We have the government we deserve, and here’s the most revolting fact: The decline of our politics is not going to stop anytime soon.
How could it, given the stakes?
The midterm elections will be the first referendum on President Trump since his shocking triumph in 2016. He’s not on the ballot, but his personality and policies are very much at issue as voters decide who controls Congress. The hunt for an edge will go right up to Election Day, and no trick will be too dirty, especially for Democrats.
I say that not just because Minority Leader Chuck Schumer orchestrated the search-and-smear assault against Kavanaugh, but because it’s what they always do when they’re in a pinch. The left used the same character-assassination tactics on previous occasions when they couldn’t defeat strong conservative Supreme Court nominees on the merits.They did it against Robert Bork, who was nominated by Ronald Reagan, and against Clarence Thomas, nominated by George H.W. Bush.
GOP senator Orrin Hatch of Utah, in office since 1977, voted for both Bork and Thomas, and offered his view that the hit job on Kav­anaugh is the worst of all three.
Again, there is no modern GOP equivalent to those tactics. As Sen. Lindsey Graham (R-SC) reminded the nation in his fiery denunciation, he voted for both of Barack Obama’s nominees, Sonia Sotomayor and Elena Kagan.
Looking at Democrats, Graham angrily declared, “I would never do to them what you’ve done to this guy!”
True, but it had no effect except to remind Republicans that their opponents take no prisoners.
And please, spare the false comparisons to Obama’s nomination of Merrick Garland. Democrat Joe ­Biden, head of the Judiciary Committee, set the rule in 1992 of no confirmations in the final year of a presidential term while George H.W. Bush was president. Besides, using the power of majority control, as Sen. Mitch McConnell did in 2016, is hardly the same as character assassination.
While there is no moral or principled defense for the Dems’ conduct, the explanation is that they are terrified of Kavanaugh because he would be the fifth constitutional conservative on the court.
That would be a death knell to much of their party’s game plan because the left has used the courts for 60 years to get big-government policies imposed on the nation that they couldn’t get through legislation.Anthony Kennedy, confirmed in 1988 after Bork was defeated, was often reviled by the left despite being the swing vote on important cases, such as finding a constitutional right to gay marriage. But now they would gladly take him back because if Kavanaugh joins Chief Justice John Roberts, Thomas, Samuel Alito and Neil Gorsuch to form a consistently conservative majority, even liberal presidents and Congresses would be limited in their powers.
A ‘putz’ indeed!
The 14,000 e-mails released by City Hall show the same old Mayor Putz New Yorkers know too well. Lazy, incompetent, fuming about Gov. Cuomo, railing against the media and obsessed with being a national player.But another dimension wasn’t so obvious: the timing of the release.The Post and NY1 sued to get the e-mails, which de Blasio claimed were exempt from the Freedom of Information Law by insisting his outside consultants were “agents of the city.”Twice the courts ruled against him.And so, hoping nobody would notice the embarrassing e-mails, he released them Thursday — while the nation was focused on the Supreme Court confirmation circus.