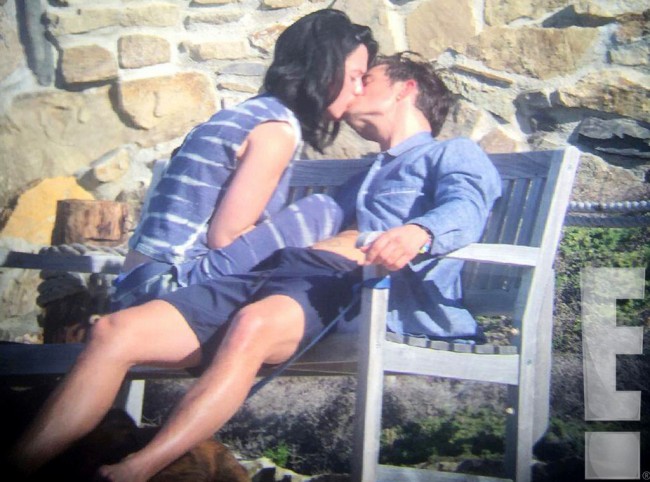 Just few days after their return from California, the duo was spotted in a beach in Malibu again.
The picture caught them kissing on the beach.
“They looked very loved up and were paying more attention to each other than the view,” an eyewitness tells E! News exclusively. In the recent past they were in a ranch in Santa Barbara, where they had gone over for a small getaway. This officially made them officially a couple. “Katy likes how down to earth Orlando is,” the insider explained to us earlier this month. “They seem to be getting serious and are an official couple. She calls him her boyfriend”, said a source to E! News.