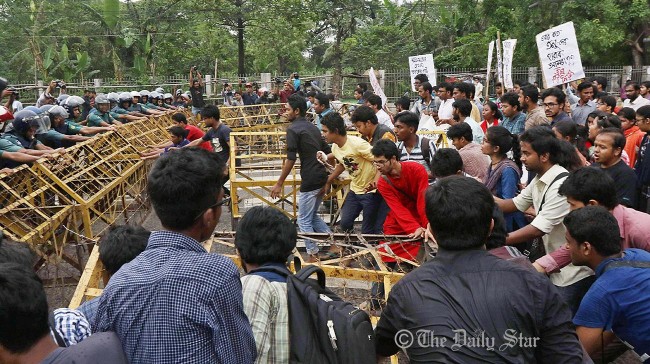 Desk report
A strike was called by the Bangladesh Student’s Union today through all schools and colleges of the country, demanding justice for Sohagi Jahan Tonu, the 19 year old who had been found dead on March 20, reports Star Online.
The strike was called after a pre-announced march by the student body to the Prime Minister’s Office was halted at Shahbagh intersection yesterday morning. GM Gilani Shuvo, general secretary of Students’ Union, also claimed that after commotion with police in front of Dhaka University’s Fine Arts Institute, two activists were left injured.
Tonu was a second-year history student of Comilla Victoria College and a cultural activist. She was found dead near her house inside the Comilla Cantonment area on the night of March 20.