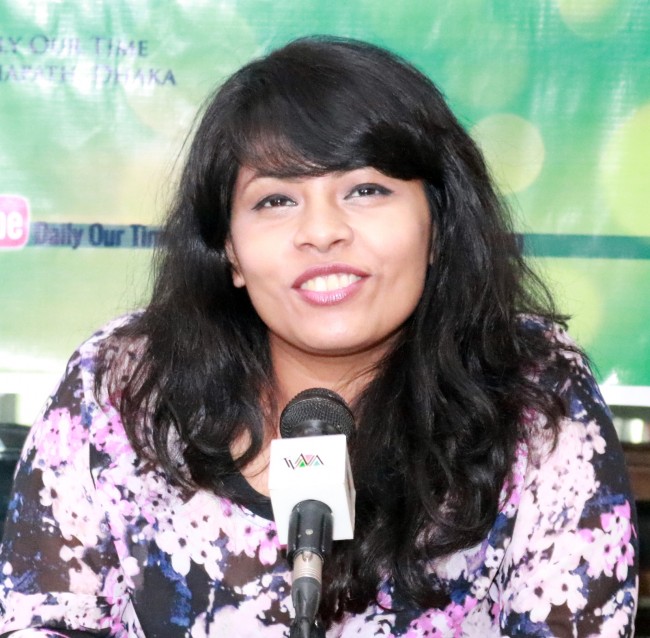 An accomplished pastry chef, owner of The Flourist and an extremely gifted artist with her own label- Pretty Shitty Art, Saria Saguaro Ahmed sat down for a rendezvous with the Our Time team. When asked how well she takes criticism for her art work she says that “just because you’re criticized doesn’t mean that you should stop doing what you love”. Saria might have studied journalism but that never stopped her from branching out into advertising and finally becoming an artist and pastry chef. From a young age she was always involved with the art scene but never took it seriously till much later. She has studied culinary arts at the world famous Le Cordon Bleu in London. Saria’s art work encompasses religious, social, trending topics and according to her sometimes her art “doesn’t mean anything” at all. She’s admits to being an animal lover and has asked for a special shoutout for “Care for Paws’ which is an organization that is currently taking in donations to fund their project on helping animals and vaccinating dogs.