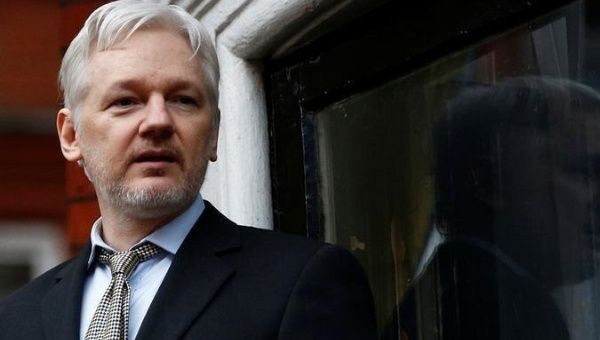 Ecu-ador says it is considering inviting a third-party mediator to tackle its long-standing disagreement with Britain over the fate of Julian Assange. The situa tion was described as “unsustainable” by the foreign minister. Political asylum claims the Wikileaks founder has been confined to the Ecuadorean embassy in London since 2012. He was originally wanted on sexual assault allegations in Sweden, which have since been dropped, but says he now fears extradition to the US.”We’re considering and exploring the possibility of a mediation,” Ecuador’s foreign minister, Maria Fernanda Espinosa, said on January 9, adding that they could involve a “third country or personality”.”A person cannot live in those conditions for ever,” she said.Assange, an Australian citizen, made headlines in 2010 when his organization leaked US military helicopter footage, which showed the killing of civilians in Iraq. London’s Metropolitan Police says he will still be arrested if he leaves the embassy building, on the charge of failing to surrender to the court back in 2012 – and the UK refuses to guarantee he will not be extradited to the US. Espinosa said: “No solution will be achieved without international cooperation and the cooperation of the United Kingdom, which has also shown interest in seeking a way out.”