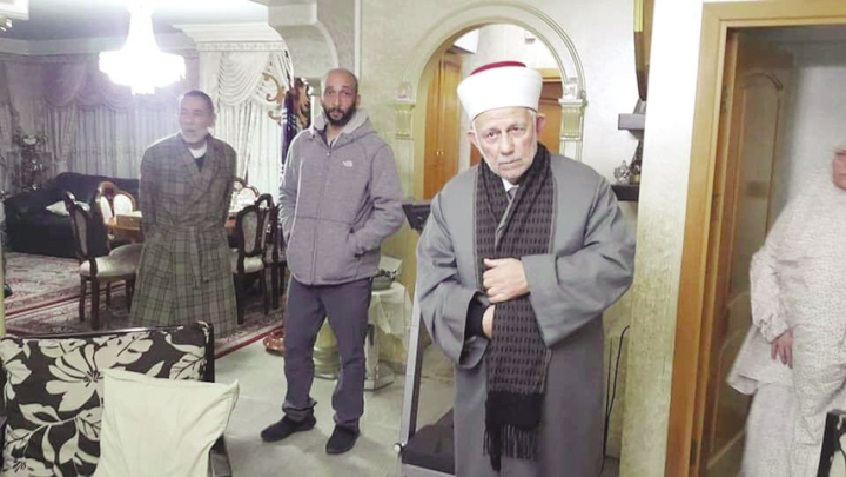 MEMO: Jordan on yesterday condemned Israeli arrests of two Palestinian religious officials over recent protests in East Jerusalem’s Al-Aqsa Mosque compound.
Israeli police detained Sheikh Abdul Azim Salhab, the head of the Muslim Waqf (Endowment) Council in Jerusalem, and Sheikh Najeh Bkerat, the deputy director of Muslim Endowments and Al-Aqsa Affairs, from their homes in the city.
Jordanian Endowment Minister Abdulnasser Abu al-Bassal described  the arrests as “a serious and unacceptable escalation”, according to the official Petra news agency.
Asserting that the arrests undermine the Jordanian role in protecting holy sites in Jerusalem, the minister demanded the detainees be released immediately.
According to lawyer Mohammad Mahmoud, Israeli police have handed the two religious figures a court order banning them from entering Al-Aqsa Mosque for seven days.
Sunday’s arrests came in the wake of Palestinian protests against Israel’s closure of Al-Aqsa Mosque’s Rahma Gate on the eastern wall of Jerusalem’s Old City.
The Islamic Endowments Authority, a Jordan-run entity mandated with overseeing East Jerusalem’s Muslim and Christian holy sites, has lodged repeated requests with the Israeli authorities for the gate to be permanently reopened.
On Friday, Israeli police arrested dozens of Palestinians in East Jerusalem in hope of preempting protests against the Israeli closure of the gate.
The Al-Rahma Gate was first closed by the Israeli authorities in 2003. An Israeli court renewed the closure order in 2017.
For Muslims, the Al-Aqsa represents the world’s third holiest site. Jews, for their part, refer to the area as the “Temple Mount”, claiming it was the site of two Jewish temples in ancient times.
Israel occupied East Jerusalem, in which the Al-Aqsa is located, during the 1967 Arab-Israeli War. It annexed the entire city in 1980 in a move never recognized by the international community.