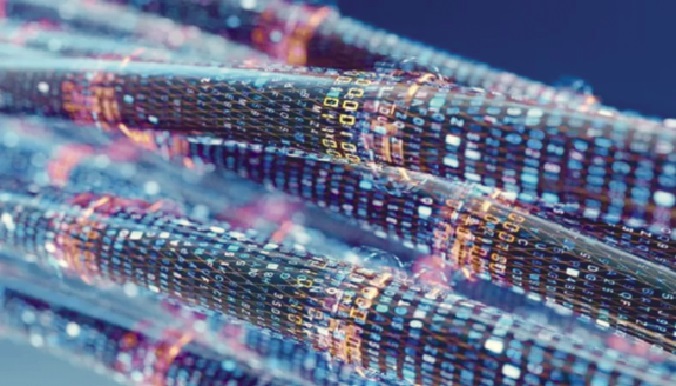 DOT Desk: Japanese researchers have set a new data transmission speed record, sending 1.02 petabits of data per second over fiber over a distance of 51.7 km, reports Business Post.
The feat doubles the most recent record, set a year ago when the same researchers sent 319 terabits per second over fibre using wavelength division multiplexing technology, said the Network Research Institute at the National Institute of Information and Communications Technology (NICT) in a media statement.
One Petabet is equivalent of one million gigabits, which means that the speed achieved for this new record is about 1,00,000 times higher than that currently available to individuals in the best serviced areas in the world. According to the Japanese team, at a speed of 1 Pb/s, 10 million video streams can theoretically be broadcast simultaneously in 8K resolution.

“In recent years, advanced fibers with the same cladding diameter as standard single-mode optical fibers but able to support multiple propagation paths have been proposed. These fibers can multiply the transmission capacity but are still compatible with existing manufacturing processes and have emerged as a likely candidate for near-term commercial adoption of these transformative communications technology.”

The previous record also belonged to NICT with 1 petabit per second which was achieved in 2020.