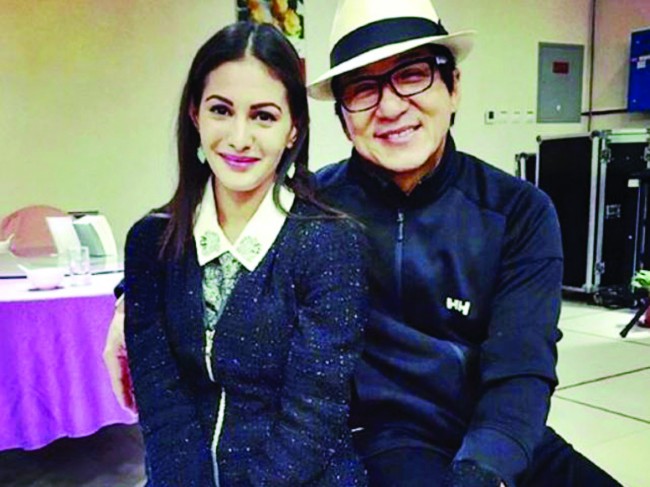 The shooting for the Kung Fu Yoga was done in extreme cold conditions. But at the end of the shoot, Jackie Chan gave a very warm welcome to the actress Amyra Dastur.
According to a source, the martial arts movie star was impressed with Amyra’s professionalism. “On the last day of the Iceland schedule, Jackie Chan got a cake for Amyra and the team as they were shooting in extremely difficult weather conditions and he was impressed with Amyra’s professionalism. The team was shooting in cold conditions and they did glacier climbing too. Hence, this was his way of thanking them,” said the source.