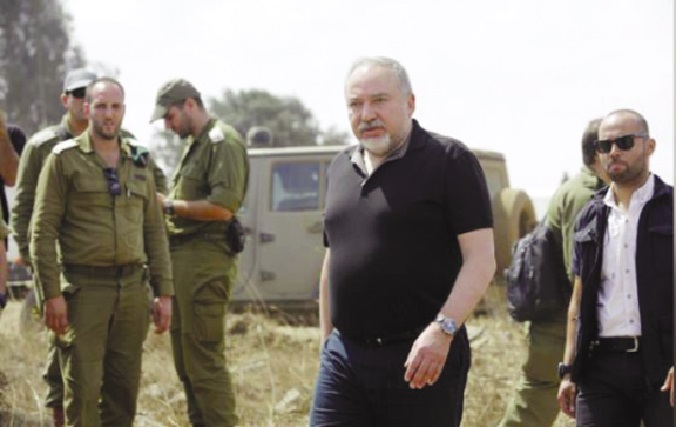 Al Jazeera
Israeli Defence Minister Avigdor Lieberman expressed indifference on Thursday to US President Donald Trump’s remarks about a two-state solution, saying that the Israeli interest is “a safe Jewish state.
Lieberman said a Palestinian state “simply doesn’t interest me.”
He made the remarks just hours ahead of the speeches of Palestinian leader Mahmoud Abbas and Israeli Prime Minister Benjamin Netanyahu.
On Wednesday, Netanyahu met with Trump, during which the US president said that he “liked” a two-state solution as the most effective way to resolve the Palestinian-Israeli conflict.