Is civil society ready to campaign for digital freedom? 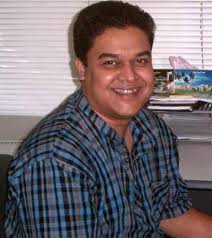 Cartoonist Kishore got bail on the 7th attempt after being in jail for 10 monthssince his arrest.US State Department Spokesperson Ned Price tweeted “We are concerned by Bangladeshi writer Mushtaq Ahmed’s death in custody while detained under the Digital Security Act.” And a day after 13 heads of foreign missions in Dhaka issued a joint statement on the issue. “We call on the Government of Bangladesh to conduct a transparent investigation and for all countries to uphold the right of freedom of expression.” Based on cartoons, meme, Facebook status or even based on news or contents from ten years back defamation cases or cases using the digital Security Act (DSA) are common practice in today’s Bangladesh.
But these cases are the visible legal and police aftermath, in most cases, the accused are taken away by civil dressed people,”When I opened the door, around 17 men in plainclothes barged in. Four of them had small arms on them,” said Kishore.Kishore’s claim alleges a period of arbitrary detention of at least 60 hours before his “official” time of arrest (Scars of torture all over him, The Daily Star). Most Bangladeshi people who practice freedom of expression, individually or by profession, including the mainstream media and the civil society organizations, are seriously afraid about these‘plain cloth’ people and their unofficial custody before the visible legal and police activities begins.
Throughout the world through the post 9/11 war on terror strategy of each country, the civil police were brutalized by different programs. Although the Constitution of Bangladesh enables the citizens to avail themselves of human rights and the freedom of expression, due to various reasons many rights are regularly violated. Many CSOs/ NGOs are working to sustain the rights-based activities or in expressions and voices representing them. The present situation made them difficult to continue and many organizations weakened or reduced their activity broadly. Many NGOs working for the rights in Bangladesh are not equipped to deal with this “culture of fear” which needs multi-sectoral knowledge and capacity to become immune and safe. And they requirea 360-degree perspective in strengthening their understanding ofdigital security and internet freedom. This should start by assessing the multi-sectoral challenges they face while practicing rights-based activities as well as information acquiring from the internet and information discrimination through the internet. After assessing the challenges, the following capacity building sessions could be suggested, such as; digital safety technologies, digital footprint, digital etiquettes, information literacy, information accuracy, interpretation of laws, understanding political dynamics, making safety rules, developing internet safety communicant protocols, making institutional internet safety strategyetc. A multidisciplinary team (technical, legal, strategic and political) should be formed to support these organizations.
Considering the problem an eco-systemicone, the interventions should followthe systems approach to enhance (access & use) digital freedom. The process should enable these CSOs/NGOs to enhance their institutional capacity and strength for the lawful fearless practice of internet freedom while they deal with rights issues for the people and the state. Subsequently, a general institutional policy framework for these rights-based NGOs should be developed perthe Constitutional Rights, Penal Code, Police Code, Jail Code, Criminal Procedure Code, Digital Security Act, Rights to Information Act and other relevant laws. Besides, a communication safety guideline or protocol needs to be produced to support the NGOswhile they interact through a variety of means with state actors and in public space for advocacy for digital freedom.The overall co-creation and custom-made capacity development and technical support approach per the Constitution and relevant laws will uplift the strategic work direction of the NGOs incorporating the lawful fearless practice of internet freedom in Bangladesh.