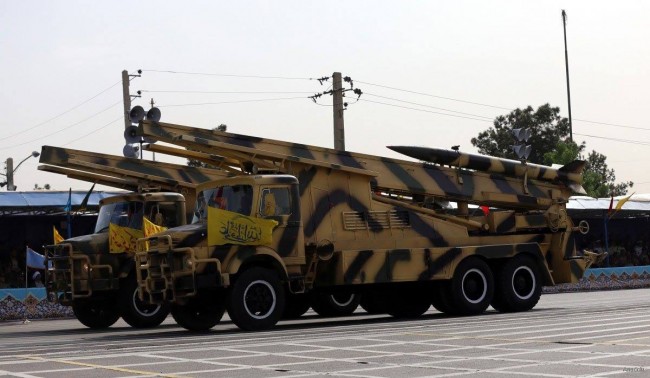 International Politics scholars assumed if the third world war commence ever it will take place in Middle East due to its strategic and geopolitical importance. Saudi Arabia and Iran are historically two hostile countries with different ideology Sunni as well as Shia, though the state mechanism is guided by same religion Islam. Saudi Arabia is a absolute Monarchy state runs by the believes of Wahabism of Sunni group’s people and Iran is the largest Shia dominated country ruled by Islamic Clergy from 1979 through a Islamic revolution. Saudi’s attack on Yemen in 2015 over Shia dominated area raised the tension again between these two neighbors.

During last 5 years the scenario of Middle East has changed 360 degree where Egypt, Syria, Tunisia, Libya, Yemen has devastated through civil war and terrorism as well as Iraq and Afghanistan became more vulnerable with the on consequences of ‘war on terror’. By this time Iran emerged as a ‘powerful actor’ for its ‘strategic geo-political importance’. Iran owned a huge reservation of natural gas which can intensify it’s economy dramatically. Iran was on the table of discussion for Western powers for last 3 years because of their ‘nuclear weapon’ making process and it’s economy became marginalized through multidimensional economic sanctions. Now Iran is in the ‘honeymoon period’ of relations with the Western powers. Iran and US with her allies reach in a negotiation in 2015 and   Iran is enjoying a higher level assistance from west to attain it’s developmental objectives.  It’s buying 100 airbuses from EU and modernizing its tourism sector to attract tourists from West and change the image of Iran in outer world. French companies and EU are integrating closely with them. International Relations analyst Dr. Delwar Hossain said “there is a historical conflictual relation between these two countries. West has a strong bonding with Saudi Arabia from its birth time but in recent days US and it’s allies are focusing on Iran to maintain a stable political situation in the region. And now not only the US’s interest, China, EU, India are emerging as economic superpowers so all of these want to make a bridge with Iran to attain their political and economic objectives .” Dr. Delwar added “Saudi- Iran hostility will be continued to establish hegemony in the region, but they won’t engage in war because of US and West’s national interest on Iran and to abstain IS from graving this opportunity to spread terrorism”.

On the other hand Saudi Arabia is facing internal challenges to maintain its Monarchy which never questioned by democracy promoters of West. Critical scholars believe that Saudi Arabia was created to ensure Israel’s the only Jews states security in the region and Saudi did this responsibly. But now Saudi is facing threats from West including Russia for sponsoring terrorism world-wide in the name of Islam (Wahabism). Vladimir Putin threatened Saudi Arabia to stop terrorism rather it will be turned into ‘Stone Age’. Pakistan and Israel only support Saudi monarchy but now the relation with Pakistan is fragile. In fact Israel is moving its trust from Saudi to Iran. International Security analyst Professor M. Sahiduzzaman assumed, “Saudi Arabia’s image is polluted to the global leaders and it’s monarchy is on challenge. US is thinking newly to support Iran for its self interest.” Professor Sahiduzzaman included that “if Democrats win in the US’s election, US will intensify its relation with Iran, in fact Trumph (Republican) wins, he won’t make any strategic shift in Iran’s relation and Netaniyahu, President of Israel may sit in negotiation table with Hassan Rouhani to ensure it’s security.” Saudi Arabia is now almost a caved lion who only can roar without any capability by loosing it’s allies.

The shift in Middle East politics is almost clear. According to realist theorists there is not any permanent ally of states in international system and it depends only on individual states national interest. Saudi Arabia enjoyed an exclusive hegemony in the Middle East for a long time with the support of US and West but now it’s allies are moving their support to Iran to achieve their self objectives. And Iran will be the closest ally of US in the Middle East to maintain it’s ‘status quo’ and polarization of politics in this region is ‘inevitable’.

Writer is a student of B.S.S, International Relations, University of Dhaka.