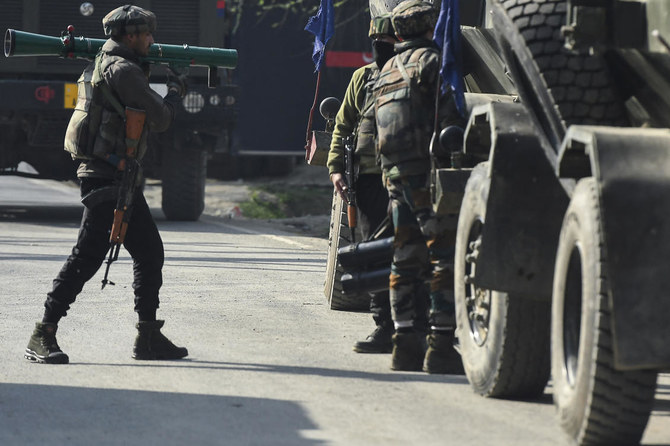 The police probe was launched after 13 members of the region’s predominantly Konyak tribe and one security trooper were killed in December last year after defense forces stationed in the border state mistook the group of laborers for militants entering from Myanmar and opened fire.
Six coal miners returning from work were killed at Oting in Nagaland’s Mon district. Seven others were gunned down when villagers, angry after discovering the bullet-riddled bodies of the laborers on an army truck had clashed with the soldiers.

One security personnel was also killed in the clashes.
“The sanction for prosecution is still awaited,” Longkumer said, adding that a chargesheet had been filed to prosecute the 30 accused army personnel.
A spokesperson for the Indian army was not immediately available for comment. A defense ministry official in New Delhi said the case has been placed before Indian courts for final order.
Thousands of army officials are posted in the country’s northeast, home to a complex web of tribal groups, many of which have launched insurgency and separatist activities accusing New Delhi of plundering resources and doing little to improve their lives.

Soon after the killings, protests intensified over the Armed Forces Powers Act (AFSPA) that gives the armed forces sweeping powers to search and arrest, and to open fire if they deem it necessary in “disturbed areas.”
The Act is still in force in Mon.
The notification of “disturbed areas” under AFSPA has been in force in several parts of seven northeastern states.
Starting in 2015, the federal government removed AFSPA entirely from the states of Tripura and Meghalaya, and partially from Arunachal Pradesh, Assam, Nagaland and Manipur.