India, Pakistan face off again with eyes on final 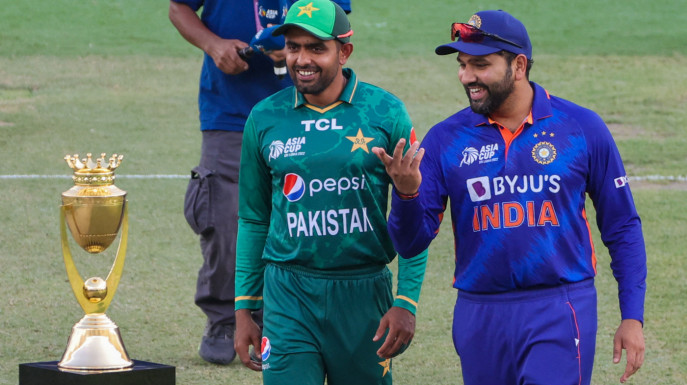 DOT Desk: Every India-Pakistan match starts from scratch. History or statistics don’t matter. These are the lines generally fed to us. It isn’t remotely anything like that though. KL Rahul knows Pakistan will be working on his off-stump again. In the back of his mind, Virat Kohli too knows he isn’t as fluent at the start as he would like to be, Reports TBS.
And Ravindra Jadeja going out of the tournament—and the World Cup as well due to a knee injury—might warrant a rejig of the line-up.Does Axar Patel get in straight away? Or does Rishabh Pant get in? Dinesh Karthik is yet to get a decent turn with the bat so barring Hardik Pandya, the lower middle-order still doesn’t look settled.Whichever way you look at it, not all of India’s problems have been sorted despite having won their first two games, starting with Pakistan. Their bowling is better off though. Not having Jasprit Bumrah and Harshal Patel doesn’t seem to have set the team back. With Yuzvendra Chahal impressing and Pandya proving to be a great tactical foil in the middle overs, India look in better control in the department even though Avesh Khan could be unavailable.