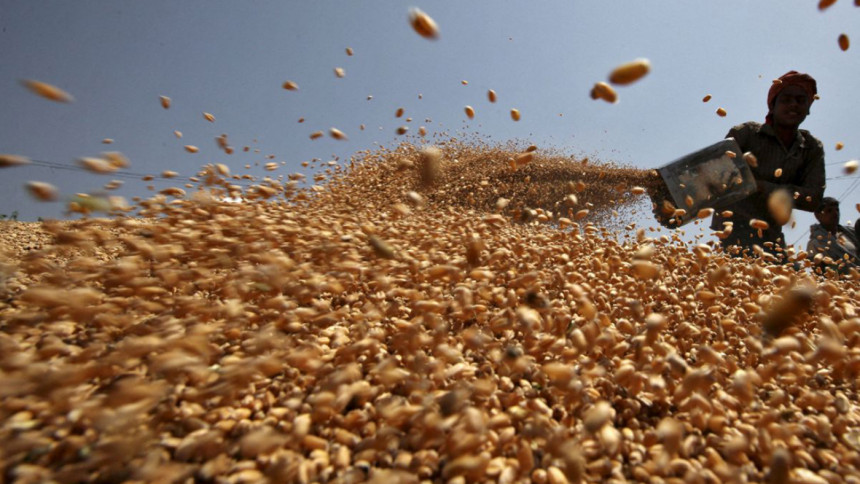 NDTV: India is considering wheat exports to five countries, including Bangladesh.
The government has received requests for wheat supplies from at least five countries including Indonesia and Bangladesh after India banned exports of the staple last month, said the Indian financial daily newspaper quoting a government official.

“The government is evaluating their wheat requirements and availability of wheat with us,” the official said.
The other three countries are Oman, the UAE and Yemen. India banned wheat exports amid spiralling global prices on May 13. It, however, kept open the option of state-to-state supplies for neighbouring countries and others that may be facing a food security threat. Quoting trade experts, the report said Bangladesh could be looking for more wheat imports from India as it not only imported nearly half the total wheat exported by India but also was a buyer of wheat from Russia and Ukraine.