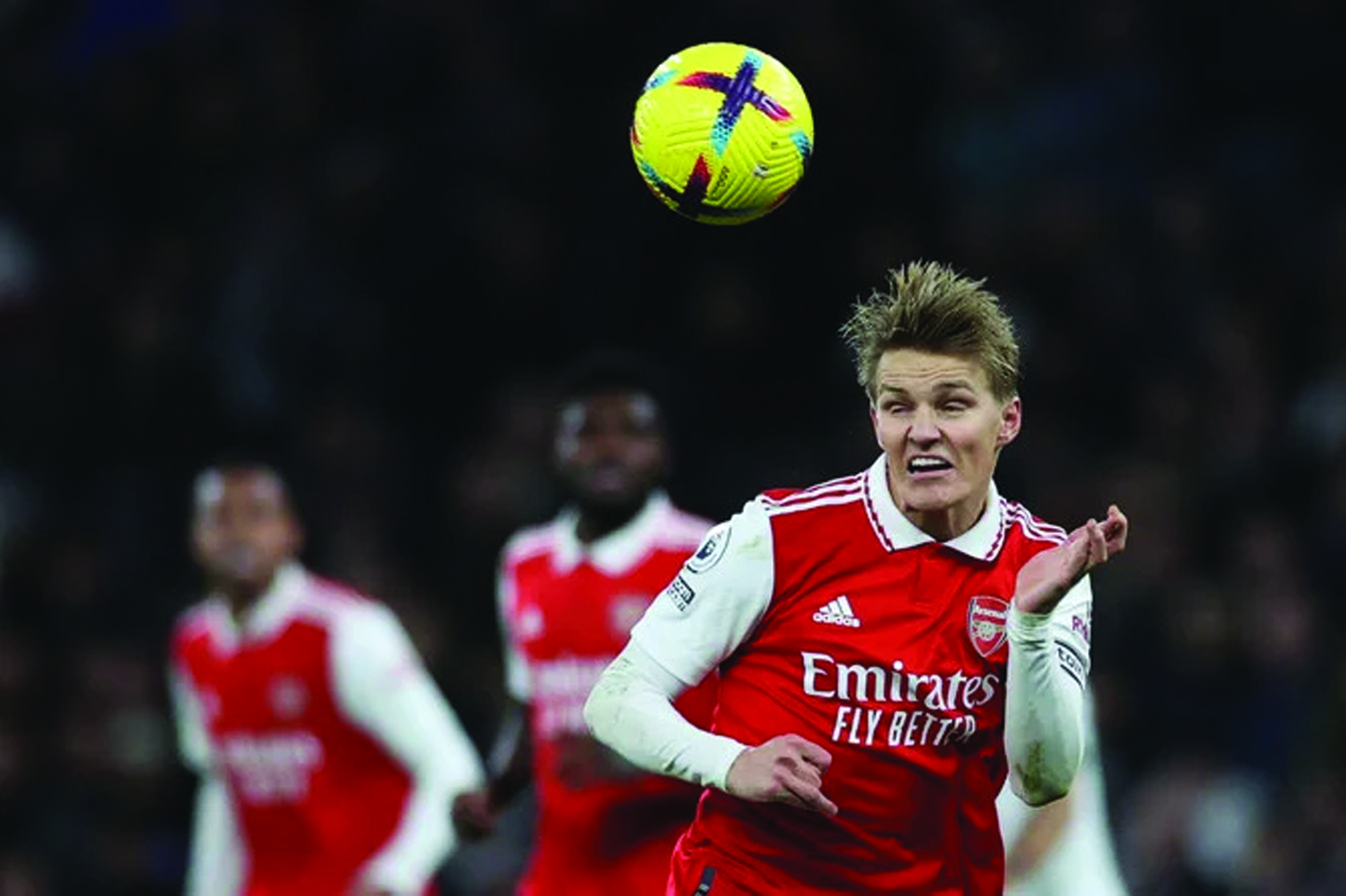 Arab News: Martin Odegaard is leading Arsenal’s unexpected charge toward the Premier League title as the Norway midfielder finally fulfils the potential he showed as a teenage wonderkid. When table-toppers Arsenal host Manchester United on Sunday, Odegaard will be center stage in the kind of glamor fixture that was supposed to be his birthright.
Hailed as the most gifted teenager of his generation, Odegaard made his senior debut for Stromsgodset in 2014 at the age of 15 and became Norway’s youngest-ever player later that year. He chose Spanish giants Real Madrid from a host of suitors in 2015 and became the youngest player in the club’s history, aged 16 years and 157 days. But he struggled to live up to the hype in the unforgiving Madrid glare and was sent out on loan a number of times.
Those spells in relative obscurity at Heerenveen, Vitesse Arnhem and Real Sociedad suggested Odegaard might not fulfil his early promise but he was thrust back into the spotlight when Arsenal boss Mikel Arteta took him on loan for the second half of the 2020/21 season.
Even then, Real’s decision to sell him to the Gunners for about £30 million ($37 million) in 2021 was interpreted as evidence he would not make the grade at the highest level. But with his career in need of a major reset, Odegaard has seized his chance in the Premier League.
Handed the Arsenal captaincy by Arteta before this season, Odegaard has rewarded his manager’s faith, emerging as one of the central figures in their surge to the top of the Premier League. The 24-year-old has already scored eight goals and provided five assists in 17 league games this season. To put Odegaard’s breakthrough campaign into perspective, he finished last season with seven goals and four assists in the league.
Odegaard, who won the Premier League’s player of the month award for November and December, impressed Arteta with his masterclass in last Sunday’s 2-0 win at north London rivals Tottenham. “Especially in the first half, I think he was incredible,” he said. “He’s really showing a different kind of presence. “It’s the way he’s influencing the game, just the feeling, the way he moves. What he transmits on the pitch is different. It’s a big credit to him.”
Previously a low-key personality on the pitch, Odegaard has embraced the captaincy, growing into a more vocal and demonstrative presence. Emphasising the point, Odegaard put Arsenal in control at Tottenham with a fine long-range goal late in the first half. And, as Tottenham fans seethed, Odegaard showed his new-found confidence as he celebrated with a basketball style “jump-shot” celebration alongside team-mate Bukayo Saka.
The seeds of Odegaard’s renaissance were planted months ago during in-depth talks with Arsenal’s coaching staff about his mental approach.
“It’s about how we play and my role in the team and my focus. I’ve worked on it a lot,” he said.
“I’ve talked a lot with the coaches about getting into the right areas of the field. It’s a lot about the mindset. It’s nice that hard work pays off.”
From the ashes of their collapse to a fifth-place finish last term, Odegaard and company are chasing Arsenal’s first title since 2004.
That would be a fairytale ending to an incredible season, a campaign that former Manchester United defender Rio Ferdinand said could climax with Odegaard being crowned player of the year.
“Do you know, what I like about Odegaard is his journey. He was a child superstar at 16, bought by Real Madrid, everyone was saying this kid’s the next big thing,” Ferdinand told Vibe with Five.
“He’s had trials and tribulations. He might not be the guy he is now without that part of his history.
“I’d go as far as to say right now, he’s probably my player of the year.”