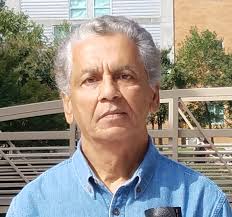 M Humayun Kabir: Professor Imtiaz Habib, an eminent scholar who taught a generation of students Shakespeare at home and abroad, has died in the United States. He was 69.
The English Department of Virginia-based Old Dominion University where he was a teacher until his death, said this on its Facebook page, reports bdnews24.com.
“It is with great sadness that we announce the passing of Professor Imtiaz Habib, scholar, friend, father, gentleman,” it reads.
“I’m personally profoundly indebted to Professor Habib for the ways in which he sustained me during an inordinately difficult period of my life, while teaching me a great deal not only about literature but also about life and death at a time when I was a struggling undergrad at Dhaka University,” Azfar Hussain, now an associate professor of Grand Valley State University in Michigan, wrote on his Facebook page.
Professor Habib was a professor of Early Modern English Literature and Postcolonial Theory and Literature at Old Dominion University.
He was unusually eloquent, boundlessly curious and engaged, and deeply committed to scholarship and students.
Prof Habib taught a generation of students Shakespeare, broadening the horizon of their engagement with his works at more levels than one, Hussain said.