If Turkey blocks Sweden and Finland, will NATO boot Turkey? 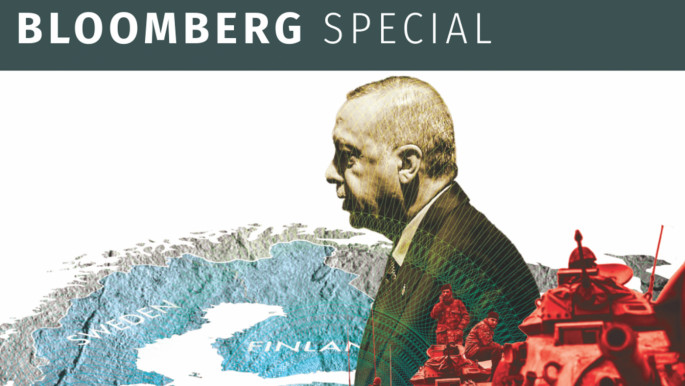 DOT Desk: We have reached one of the most important moments in the seven-decade history of the North Atlantic Treaty Organization: Sweden and Finland are set to join the alliance, just as the Russian war on Ukraine reaches its first anniversary, reports TBS.
Yet Turkey — alone of all the members — is slowing this vital chance to bring Stockholm and Helsinki on board. It is time to stop this exercise in unilateral obstruction and simply say “yes.” Turkish reticence, led by President Recep Tayyip Erdogan, is a gift to a heinous war criminal, Russian President Vladimir Putin.
In 2009, when I became supreme allied commander of NATO, the first capital I visited was not London, despite the United Kingdom being the strongest supporter of our collective efforts in Afghanistan other than the United States. Nor did I choose to go to Paris, Berlin, Rome, Madrid — not even Athens, despite my Greek-American heritage. The first place I went to was Ankara, Turkey. I wanted to recognise everything the Turks had done for NATO before and after the fall of the Soviet Union. The Turks had provided troops, aircraft and ships to every NATO mission for years — Afghanistan, peacekeeping in the Balkans, counterpiracy, cybersecurity and so on. Under my command, they provided combat capability to the 2011 intervention in Libya, something other major allies chose to avoid. Every time I asked for something, they stood and delivered.
I became good friends with Turkish defence chief Ilker Basbug and foreign minister (and later prime minister), Ahmet Davutoglu. I met with General Hulusi Akar, who is now Ankara’s defence minister, and toured the many Turkish bases supporting NATO missions. And I met with Erdogan, who was then prime minister, several times. He struck me as a very hard-nosed individual, determined to pursue whatever course of action he felt was the right one for his nation.
Turkey is taking this counterproductive stance over what it sees as the Nordic nations’ support for terrorist groups among Turkey’s Kurdish minority, in particular, their refusal to extradite dozens of Kurds wanted by the government. I can understand that. The governments of all three nations should be in close consultation to make sure that nothing any alliance member does is disruptive to the internal security of another member. But Sweden in particular has already given many, many concessions to Turkey during the expansion process.