If I mention the ‘modern male struggle’, do you roll your eyes? It’s time to stop looking away 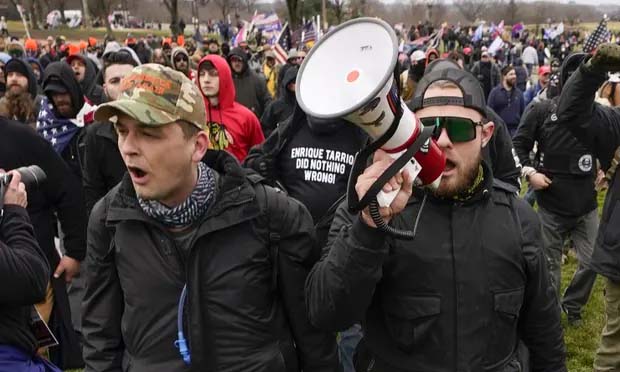 We need to talk about the troubles of men.
No, really. Even if the thought of being asked to sympathise with the modern male struggle makes you roll your eyes or turn the page, it’s worth examining that irritable kneejerk reaction more closely. Progressives should be able to acknowledge some real and serious problems – boys underachieving at school, high suicide rates among middle-aged men in particular, the online radicalisation of an angry fringe drawn to violent ideologies – without making women and girls feel guilty about their achievements or pretending that feminism has somehow gone too far. But that balance can be surprisingly hard to achieve in practice, as a thoughtful new book by the former Downing Street staffer Richard Reeves makes clear.
Reeves is a card-carrying liberal feminist, a former chief of staff to Nick Clegg turned policy wonk and (as he writes) the parent the school was asked to call when the kids got sick, except that invariably they’d call his extremely busy and high-flying wife instead. He is very clear that the problem isn’t female success, but some men’s inability to adjust to a world where they can no longer dominate simply as of right. But Reeves is also a father of three sons now living in the US, where he has watched the Republican right capitalise all too successfully on the rage of the supposedly left-behind male. In Of Boys and Men, he puts his finger on something uncomfortable.
What he describes are trends that have evolved over decades across developed countries, and are most obviously visible in education. In Britain, generation X went off to university in a world where women had only just been grudgingly permitted to apply to some Oxbridge colleges. Now their sons and daughters inhabit a world where almost half of girls consider going to university while fewer than a third of boys do. A similar split in Sweden prompted a flurry of concern about the so-called “pojkkrisen” (boy crisis), while in the US, some college deans of admission have admitted secretly discriminating in favour of boys’ applications to stop the gender gap widening too much.
The underlying causes of this gender gap are complex and difficult to untangle. But Reeves focuses on something that may resonate with mothers of teenage sons, which is the tendency of boys to mature emotionally on average later than girls. The risk he identifies isn’t just of young men ending up disproportionately clustered in non-graduate jobs that don’t pay so well, but of automation ultimately wiping out many of those jobs. If the most robot-proof careers involve skills that machines can’t easily replicate, such as emotional intelligence or the ability to manage people sensitively, then boys who can’t adapt are in trouble.
What makes this shift in the job market so painful, Reeves suggests, is that male identity remains closely bound up with being a breadwinner. While women draw meaning and fulfilment not just from their careers but also from family and friendships, he argues, men have a “narrower range of sources of meaning and identity”, and comparatively smaller circles of real friends, which can lead them to loneliness and isolation. No wonder some fall down the rabbit hole into angry online subcultures selling them a comforting myth about how someone else – feminists, immigrants or posh liberal elites – has robbed them of the status they feel they deserve. And while the political left worries about overshadowing women’s ongoing struggles or giving legitimacy to toxic men’s rights activists if they acknowledge men’s problems, the right makes hay with suppressed grievances.
The traditional conservative answer to male dislocation has been to turn back the clock on family life, pushing women back into the unthreatening role of wife and mother (and all too often stripping them of their reproductive rights). The populist right, however, has taken that idea and put rockets under it. It’s black men who often find themselves on the sharpest end of a complex intersection of race, class and gender, yet the “trouble with boys” gets framed on both sides of the Atlantic as a problem of the white working classes in left-behind manufacturing towns, used to underpin the nostalgia politics of Brexit or Making America Great Again. Donald Trump’s appeal rested not just on economic resurgence but on the idea of freedom for men to carry a gun, drive a gas-guzzler, or even grab women “by the pussy” if they wanted. In Britain, the right has ostensibly gone the other way, choosing a woman to succeed Boris Johnson. Yet Liz Truss is the kind of Tory feminist who instinctively recoils from what she would see as playing the sexism card. A former cabinet minister for women and equalities herself, she has dropped the “women” from the job title and given it to a BAME man. We have yet to see how Nadhim Zahawi handles his portfolio, but change is in the air.
Reeves’ suggested progressive routes through the minefield range from encouraging boys to consider traditionally female (and relatively automation-proof) careers in health and education, just as girls have been steered towards science or engineering, to the rather wilder idea of letting boys start school later than girls. But whether or not these are the right answers, he’s asking the right questions. Progressives need to talk about the trouble with men, or the solutions that bubble to the surface may be anything but benign.