ICC wants to hold hearings on Rohingya genocide in Bangladesh 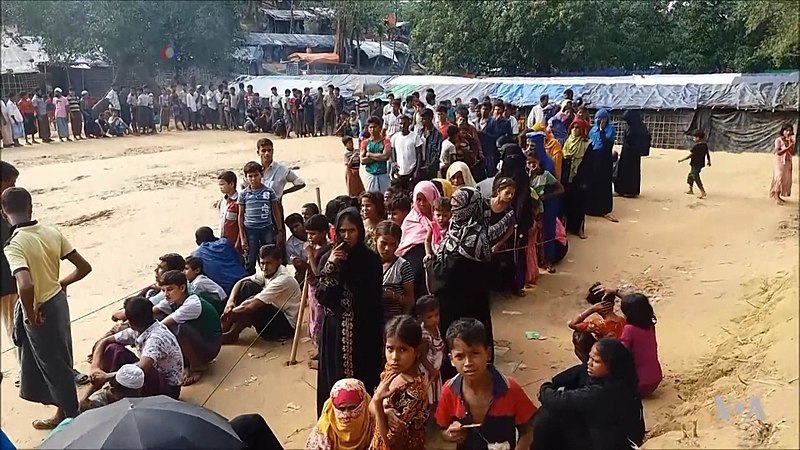 DOT Desk: [2] The Registry of the International Criminal Court had filed its observations on a joint request by the victims to hold the hearings in the Rohingya genocide case within reasonable proximity of the affected populations, instead of The Hague, reports The Independent. [3] In its filing submitted on September 21, which was available on the ICC’s website, the registry outlined five possible scenarios whereby all or some part of the hearings might be held in Bangladesh, and detailed the pros and cons of each. [4] The five possible scenarios include a judicial visit by a chamber or an appointed single judge to a refugee camp in Cox’s Bazar, Bangladesh, organising a testimony via a video-link with a witness based in Bangladesh, a chamber or a single judge explains a decision on victims’ participation to the victims based in Bangladesh, holding a full confirmation of charges hearing in Bangladesh, and holding the decision on the confirmation.
of charges hearing in Bangladesh.

For each scenario, the registry provided information on the preparatory work required, the extent of its support, and the amount of time needed to hold the hearing. It is non-committal in terms of leaning towards any one scenario over the other as its preference at this stage.

In conclusion, it was stated that the registry ‘stands ready to accommodate any of the proposed scenarios even if the operational aspects — in terms of time and resources — for some of them may be more challenging than for others.’

It goes on to state that regardless of the scenarios, ‘the holding of proceedings will be in any event subject to the agreement and cooperation of Bangladesh.’

Two Australian lawyers acting on behalf of hundreds of Rohingya refugees had been pushing to have the International Criminal Court sit in Asia for the first time.

On November 14, 2019, the ICC opened an investigation for alleged crimes against humanity, such as deportation, acts of persecution and other inhumane acts, committed against Myanmar’s Rohingya population on or after June 1, 2010.

Earlier in April 2018, the prosecutor requested the ICC judges to determine whether it could exercise its jurisdiction over the alleged deportation of the Rohingya people from Myanmar to Bangladesh.