Humanitarian example set in the army 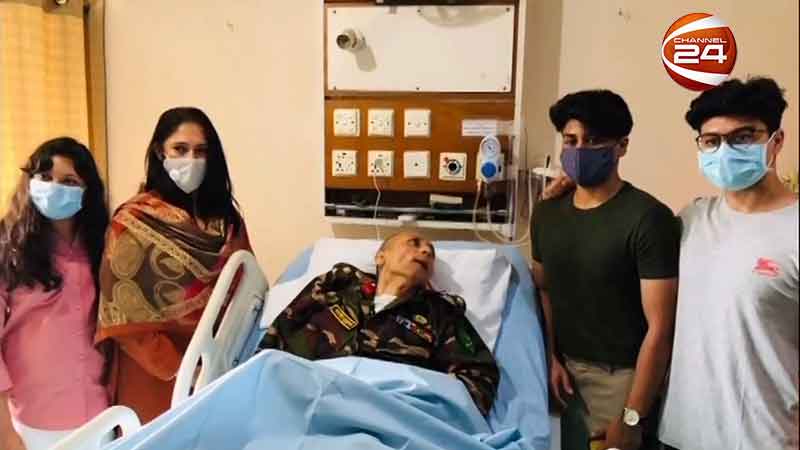 Imrul Hossain for DOT
[2] A humanitarian example has been set in the army. A fighter has been promoted while in coma, reports Channel 24.[3] Cabin No. 314 at Combined Military Hospital in Dhaka. A Raja (King) has been in deep sleep in the facility for the last seven years. He is Dewan Md Tasawar Raja.[4] He was commissioned from Bangladesh Military Academy with 20th BMA Long Course on 23 June 1989. He commanded the Tank Regiment 12 Lancers, which became the Best Unit in the formation in 2008. He served in Armour School and Infantry School as ‘Distinguished’ tactics instructor.[5] March 11, 2013, he suddenly fell ill and went into coma. He was taken to the CMH. Later, he was taken abroad for better treatment.But his condition did not improve.[6] On October 12 of this year, he got promoted from Lieutenant Colonel to Colonel while in coma.
[7] Born on 15 October 1967 at Sylhet, Tasawwar Raja comes from an illustrious family. His father Dewan Talibur Raja, MA LLB (Aligarh) is the second son of Khan Bahadur Dewan Eklimur Raja (Kabbo Bisharod). Tasawwar Raja is also the great grandson and direct heir of Mystic Poet Dewan Hason Raja. His mother, Syeda Mina Raja, a dedicated social worker is the daughter of Syed Habibul Huq, Zamindar of Baulai, Kishoreganj. He is the only and youngest brother of two sisters.