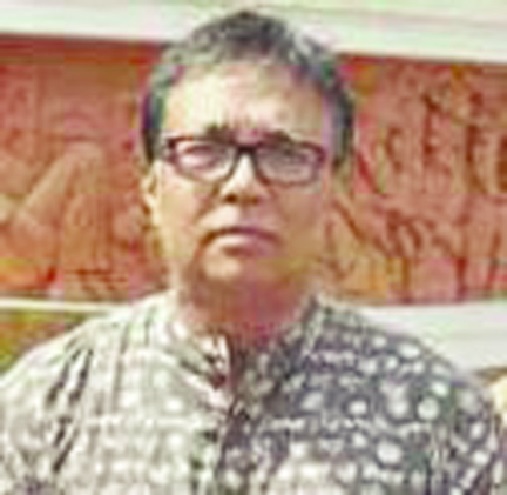 Saleque Sufi :  Fuel mix of Bangladesh embraced paradigm shift with the introduction of Regasified Liquid Natural Gas (RLNG) in the national gas grid from 16 August 2018. RLNG was first introduced to Chattogram City Ring Main Distribution system owned and operator by Karnaphuli Gas Distribution Company Limited (KGDCL). RLNG supply was received at Custody Transfer Metering Station (CTMS) of Gas Transmission Company Limited (GTCL) and evacuated through 30 inches outer diameter 90 kilometer long Maheshkhali to Anwara gas transmission pipeline. Starting with 75 MMCFD the RLNG has been increased to 300 MMCFD from 10 September relieving the extended gas draught of Chattogram region for almost a decade. With the commencement of 300 MMCFD RLNG into Chattogram system opportunity has been created for diverting about 150-200 MMCFD gas that until recently was supplied to Chattogram from the national grid through Faujdarhat City Gate Station.
We are aware the first FSRU owned and operated by Singapore based US company Excelerate Energy Bangladesh Limited (EBL) is contracted for supplying RLNG at 500 MMCFD. The RLNG supply to national gas grid is not possible now for non completion of HDD crossing of Karnaphuli river as part of Anwara to Faujdarhat 28 KM 42 inches Outer Diameter gas transmission pipeline. LNG is a cryogenic fluid significantly different in composition, heating value than Bangladesh own gas. While blending in the mixed stream there has not been any arrangement of a mixing station. Hence there is possibility for some changes to gas quality and composition of gas in the mixed gas. Moreover, LNG being introduced for the first time in Bangladesh Petrobangla Companies RPGCL, GTCL in the upstream and mid stream and gas distribution companies in the downstream requires developing their human resources for overcoming the teething issues and utilizing LNG is the most economic and environment friendly manner.
How Lack of Trained Manpower Impacted RLNG Evacuation?
If appears from present state of LNG import and RLNG evacuation that EMRD and Petrobangla did not care to carry out detail techno economic feasibility study of LNG import and its price impact on the downstream users as well as national economy. Required market research has not been done how high price RLNG would impact downstream users, whether export oriented industries would remain competitive in global market absorbing the price shock. Present global market of LNG is over supplied from the effect of US shell gas boom. But EIA predicts of different scenario from 2020. We are not sure whether Bangladesh has locked in required numbers of LNG long term supply contracts.
When oil price linked LNG price shoots up again Bangladesh would be seriously affected from increasingly greater use of LNG. Petrobangla and its companies lack market intelligence. Limited number of engineers and officials of Petrobangla and RPGCL are kept engaged in too many FSRU and Land Based LNG terminal development.
LNG value Chain Management of Petrobangla and its designated companies RPGCL and GTCL involved in LNG supply chain management and RLNG evacuation to national gas grid evidences serious lack of capacity and coordination among the companies. These lead to inordinate delays in the commencement of operation of the Excelerate owned and operated FSRU and evacuation of RLNG to KGDCL operated Chattogram City Ring Distribution network. FSRU with first consignment of LNG anchored at Maheshkhali Offshore on 23 April 2018. Senior Officials of Petrobangla informed media the outstanding works would take about a week and RLNG would be supplied to national gas grid by early May 2018. But what happened next is disgraceful to Petrobangla and its companies. A serious leakage in the subsea pipeline was detected through a pair of flanges which almost four months to repair. The 42 inches 1.2 Kilometer Long Karnaphuli river crossing failing twice restricted evacuation of RLNG to Chattogram distribution system only. The failure put the introduction of RLNG to national gas grid uncertain. RPGCL failed to supervise and monitor the works of Excelerate Energy and its appointed gas pipeline contractor Geo Ocean and GTCL failed to select the experienced HDD contractor. It also failed to supervise the work of its contractor. All these restricts RLNG evacuation to 250-280 MMCFD instead of 500 MMCFD now. Petrobangla will have to account for operation charge for 500 MMCFD RLNG to FSRU operator. GTCL is still persisting with the failed HDD contractor. Only miracle can lead to the successful completion of Karnaphuli river crossing. The engagement of new contractor and completion of the work may take 6 months to one year. Till such time national gas grid would be deprived of getting the benefit of LNG import to the full extent. This would also affect the commissioning of Summit owned second FSRU and RLNG evacuation. We are not sure whether GTCL can also complete Maheshkhali – Anwara 90 KM 42 inches loopline and 7 KM semi offshore pipeline connecting Summit FSRU land fall to Noorpur valve station by April 2019. GTCL needs completing Faujdarhat-– Feni – Bakhrabad pipeline also by end 2019 to transport additional gas from 500=500 = 1000 MMCFD LNG import.
The writer is an expert in energy sector infrastructure development, planning, construction management and operation in Central and South Asia and Australia.
This article has been printed under a syndication arrangement with energy and power