How tall will Mount Everest get before it stops growing? 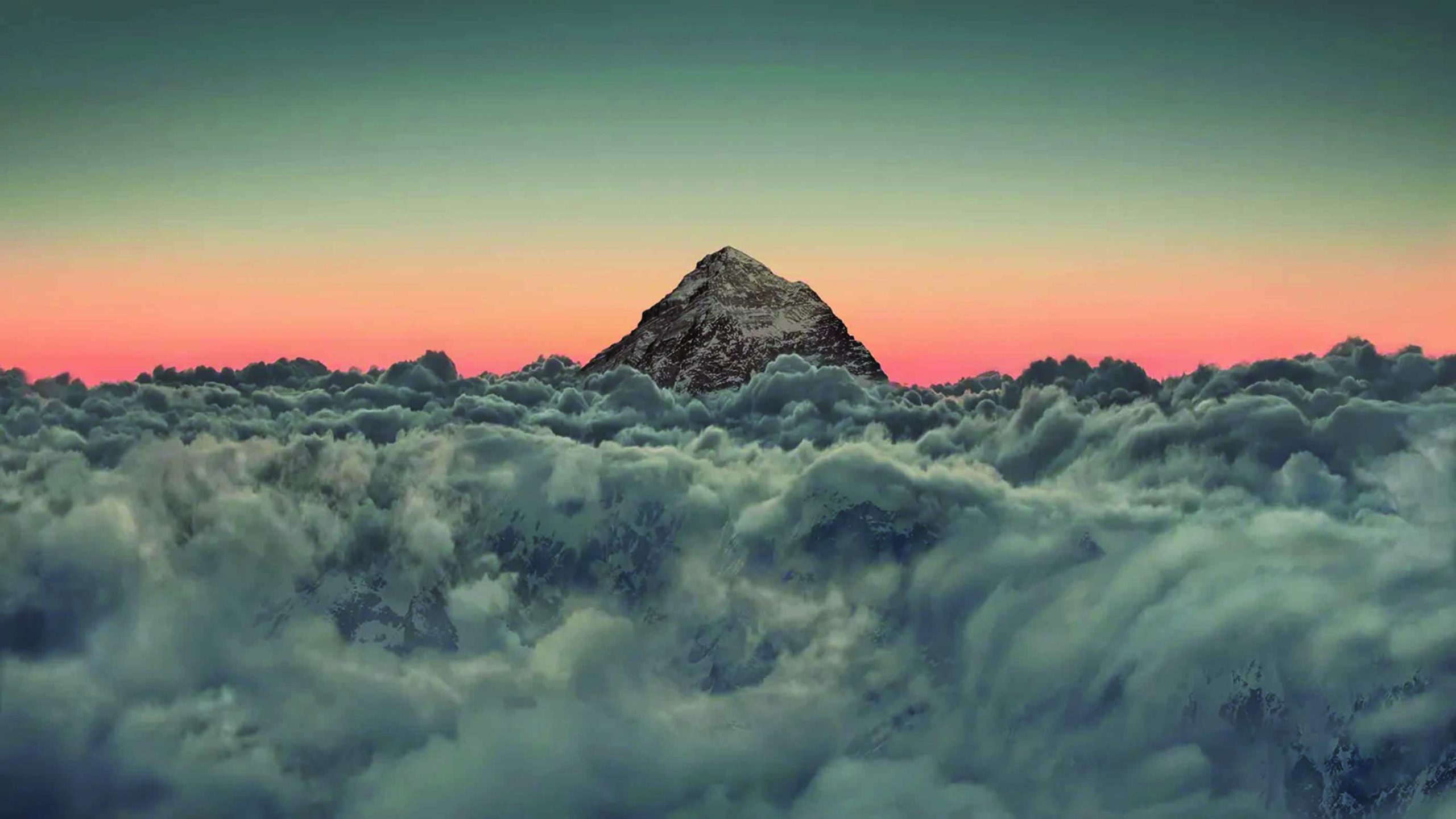 Arching over 8,849 metres (29,032ft) into the sky, Everest is the world’s tallest mountain. But will it always be?
Aurora Elmore was approaching Mount Everest’s South Base Camp in Nepal. But rather than taking the traditional 12-day hiking route, she was soaring between the frozen peaks, the rotor blades of her helicopter slicing through the thin air with a whap, whap, whap. It was April 2019, and she was delivering supplies to a team of scientists working on the slopes of the world’s tallest mountain. Her reward was a spectacular view: the day was crystal clear, exposing the entire Himalayan range.
Over the next two months, researchers on the National Geographic and Rolex expedition she helped to organise would study the effects of climate change on this part of the Himalayas. Elmore, a geologist and at the time senior programme manager of the National Geographic Society in the US, supported the team installing the world’s highest weather station on the flanks of Mount Everest. During the course of their expedition, her colleagues discovered the world’s highest evidence of microplastic pollution in snow and stream water close to the summit.
Gliding closer to Everest’s iconic peak, Elmore got a bird’s-eye view of them. A miniature city of green and yellow tents, each sheltering mountaineers headed for the top, had formed at Everest Base Camp more than 5km (3 miles) above sea level. Thousands flock to Everest every spring to make an attempt to reach the roof of the world.
And while few of the climbers would have noticed, Everest grew a tiny bit bigger during their time on the mountain.
Mount Everest, along with the rest of the Himilayas, inches further skyward every year. It raises an interesting question – with enough time, just how tall can Mount Everest grow? There are mountains on other planets in our Solar System that dwarf those on our own, so are there limits to how big a mountain can get on Earth? Mount Everest towers 8,848.86m (29,032ft) above sea level, according to the most recent official joint survey by China and Nepal, whose borders run across its summit. But it isn’t the only giant in these lands – 10 of the world’s 14 peaks higher than 8,000m (26,247ft) above sea level can be found in the Himalayan range. Everest, Elmore says, is among friends. “If you’ve ever flown over Greenland or the Canadian Rockies you can see big mountains, but [the Himalayas] are just on another level,” she says.
Surrounded by so many other enormous peaks, is it possible to discern just what a monster Everest is? Elmore hesitates before answering. “It’s kind of like trying to tell the tallest person on a basketball team,” she says finally. “They’re all tall, but which one is the teeny [bit taller]?”
The history of measuring the tallest mountain in the world stretches back to 1852. In Europe, Charles Dickens was publishing serialised instalments of his novel Bleak House. North America had started testing its first steam-powered fire engine. In Asia, the height of Mount Everest was a mystery. It is known only as “Peak XV”. Radhanath Sikdar, an Indian mathematician, had been employed by the British to work on their Great Trigonometrical Survey. They wanted to gather a more accurate geographical picture of the territory they were occupying so they could control it more effectively, be it for trade or military purposes.
Sikdar used trigonometry. He measured the horizontal and vertical angles of Everest’s summit from other mountaintops whose positions and heights were already known. In doing so he made a momentous discovery: the tallest mountain ever recorded. According to his calculations, the mountain stood at 8,839.8m (29,002ft) tall.
Though the technology behind measuring mountains has advanced since the 1850s, his figure was astonishingly accurate, just nine metres off the latest official height. Despite Sikdar’s findings, the mountain eventually was named after his previous boss, British surveyor Sir George Everest, who had retired several years before Sikdar’s discovery.
Since then, teams have continued to work to understand Mount Everest’s height. In 1954 an Indian survey determined Mount Everest to be 8,848m (29,029ft) tall, a figure which was accepted by the Nepalese government. But then, in 2005, the Chinese measured it at 8,844.43m (29,017ft) – nearly four metres (13ft) lower. In 2020, teams from China and Nepal jointly agreed upon a new officially accepted height that was 0.86m (2.8ft) higher than the Survey of India’s original calculation. While these changes in the measured height are partly due to improvements in the measuring technology available to surveyors, there has also been some politics involved. China and Nepal historically have argued over whether the snow cap on the summit should be included in the measurement or not. But we mustn’t ignore that Everest also grows a tiny little bit taller every year too.
Once, the craggy limestone peaks that skim the sky of Everest were on the ocean floor. Scientists believe it all began to change about 200 million years ago – at around the time the Jurassic dinosaurs were beginning to emerge – when the supercontinent of Pangea cracked into pieces. The Indian continent eventually broke free, journeying north across the vast swathe of Tethys Ocean for 150 million years until it smacked into a fellow continent – the one we now know as Asia – around 45 million years ago.

The crushing force of one continent hitting another caused the plate beneath the Tethys Ocean, made of oceanic crust, to slide under the Eurasian plate. This created what is known as a subduction zone. Then the oceanic plate slipped deeper and deeper into the Earth’s mantle, scraping off folds limestone as it did so, until the Indian and Eurasian plates started compressing together. India began sliding under Asia, but because it’s made of tougher stuff than the oceanic plate it didn’t just descend. The surface started to buckle, pushing the crust and crumples of limestone upwards.