How populism can still be beaten back 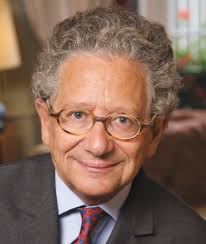 Has populism won? It would be easy to conclude that it has, especially in light of what is happening in the heart of Europe. Italy, one of the earliest supporters of European integration, is now led by a populist coalition with a 61 per cent approval rating, while France’s President Emmanuel Macron, once considered to be populism’s antidote, has watched his popularity fall to 29 per cent — the lowest since he took office in 2017.
And yet, the battle between the “party of reason” and the “party of emotion” — progressives versus populists — is far from over. Populism can still be defeated, but only if its opponents concede the obvious: They need a new strategy.
Five themes should guide any strategic overhaul. The first is accountability. So-called elites who care about the preservation of democracy and the rule of law must come to grips with the anger, fear and despair that have plagued voters since the global financial crisis of 2008-2009. It has been a decade since the onset of the Great Recession, and yet its causes have not been properly addressed.
Too many political, financial and business leaders give the impression that the only thing that matters for an economy is aggregate growth. But in a globalised and transparent world, the widening gap between rich and poor matters more. Inequality, especially when paired with corruption, is devastating for the status quo. 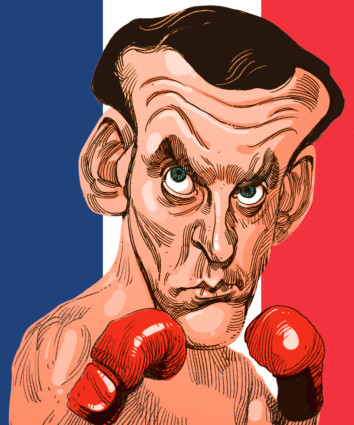 That is why justice — the second theme of a new political strategy — is so critical. Without economic justice, electorates will always blame their woes on the party in power. It was precisely this reasoning that led to the election of President Donald Trump in the United States.
The third theme is unity. Simply put, progressives must offer a viable alternative to the divisiveness of populism. In the late 1990s, Madeleine Albright, then the US secretary of state, called on governments in Europe to support an “alliance of democracies” that would reinforce western values after the fall of the Berlin Wall and the collapse of the Soviet Union. Many countries had answered the US then. We need a similar pledge of unity today.
Universal issues
Unfortunately, we also need new global leadership. With the US in retreat, Italy backsliding, and Britain lost in the fog of Brexit, alliance-building responsibilities will fall to other players. One option is the G7’s so-called club of four — France, Germany, Canada, and Japan. If the spread of authoritarianism and illiberalism is to be slowed, these liberal democracies must assume the mantle of renewing Albright’s vision.
Fourth, democracies must speak with more clarity. For example, how might the club of four defend and promote liberal values? Issues like migration are universal, but political vagueness and technocratic jargon too often cloud public debate. If liberalism is ever to out-reason populism, voters must be able to comprehend what liberals are offering.
Finally, anti-populist forces need courage. Without it, no amount of accountability, justice, unity, or clarity will shift the populist tide. For example, Macron should be praised for his willingness to oppose the hateful politics espoused by Italy’s Deputy Prime Minister Matteo Salvini or Hungary’s Prime Minister Viktor Orban. But true courage for Macron would be adopting policies that match his rhetoric. Migration, which is shaping up to be the defining issue of next May’s European elections, would be the obvious place to start.
Who could have predicted that 75 years after the collapse of fascism in Italy that we would now have a leader in Rome acting like Mussolini? Or that in Germany — and particularly in the country’s
formerly Communist east — “pogrom” sentiment against foreigners would return? Or that in Sweden, the far-right would be gaining support while disparaging Jews?
The British historian, A.J.P. Taylor, had a cynical view of people’s ability to learn from their mistakes. “History cannot teach us anything for it contains everything, with one exception,” he had once written — “one should not invade Russia at the end of the summer.” And yet, humanity seems forever drawn to the cold.
Today’s liberal leaders can prove Taylor wrong. Populism can still be beaten back, but to win in the current political climate, democratic forces will need to clothe themselves in a new narrative.